The codex is sweet poetry. It is not only the concept with the new Leagues of Votann that is right, but the presentation itself is polished. It is so Dwarven!

I'm sold. Dwarves and science fiction belong together. Who else would tame stars and carry out mining around black holes? Who else would crack planets to harvest the glowing remains in long processor lines in outer space? Who else could thrive as voidnomads and creators of pragmatic wonders across the starspangled nightsky?

The triumph of the Kin in the long run is phenomenal. They are basically living in hardy Dwarf heaven, as if beleaguered fantasy Dwarfs had died and came to an afterlife where their genius and thorough toil could lift them well above the longshanking rabble.

I'm laughing all the way to the bank. This codex is one of the best things to ever be written for Warhammer 40'000, and one of the most Dwarven tomes I've ever had the pleasure to read. And it's in space! 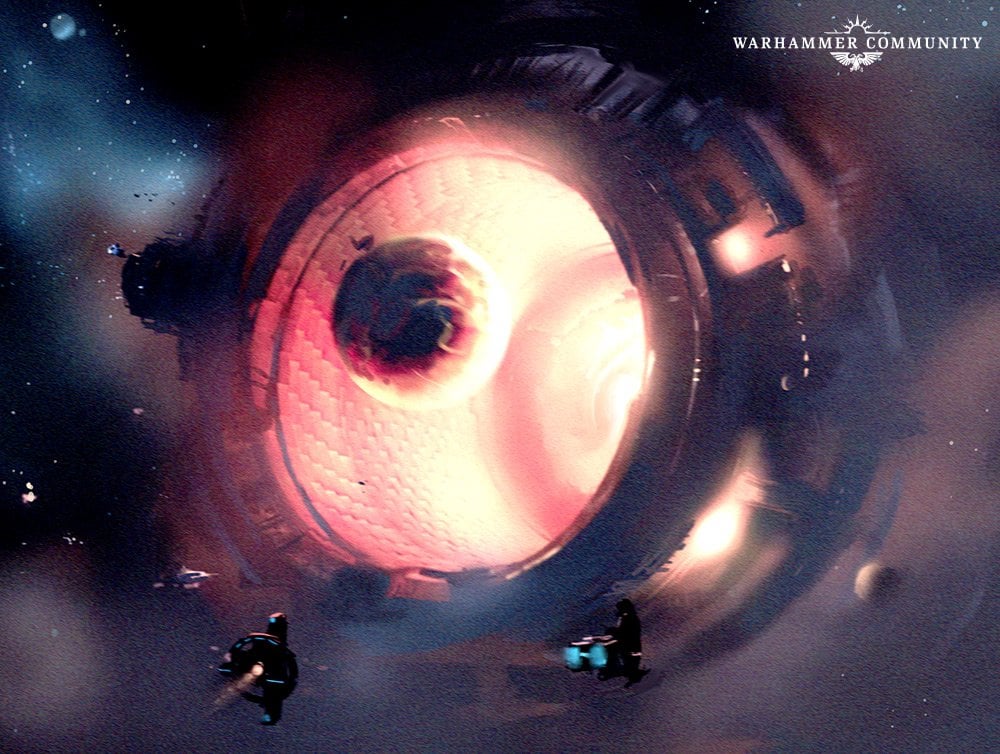 Free Will or Perfect Tool: On the Origins of the Kin

One sign of the new Leagues of Votann codex being well-written, may be the better background discussions which arise around it to wrestle with the origins of the Squats in 40k.

A core theme of the question marks about the Kin and their beginnings, revolves around free will and slavery. To be clear, the codex itself presents the Kin (called Squats by Imperials and Demiurg by Tau) from their own point of view, revolving around kinship, ancestors and perfectionist work to mine and forge marvels across the stars. The explicit part of the codex contains wondrous vistas of Kin astral mining success in the galactic core, touches on cultural development among ancestors to foster perfectionism, and also delves into crazy themes such as acquisitive Kin showing no regard for others living on planets which they have deemed worthy of strip-mining for mineral wealth; the prior mineral assessments include present infrastructure on the planet, as so much junk to salvage.

Yet there are implicit themes in the codex, with quasi-corporate heraldry being a nod to Squat origins, and with a remarkably ordered society bred through centralized cloneskeins. What can be read between the lines present a fascinating part of the mysterious background, a worthwhile discussion of which starts around here in a thread on Dakkadakka.

To pick a succinct post by Mad Doc Grotsnik that drills down to the hidden horror hinted at by the Squat background writing:


Mad Doc Grotsnik wrote:Think I’ve finally got the words for my thoughts on Kin being STC products.

Right now, as far as they’re concerned, they’re the descendents of The Ancestors.

Yet…if I’m right, they’re not. They’re creations and tools of the Ancestors. Their pragmatic ‘focus on what matters, lad’ attitude may not be cultural, but designed into them. They’re pragmatic not by choice or temperament, but by careful design, arguably to ensure they never rebelled.

The perversity there is that it will always be so, because the Cloneskein will always, always ensure it. And so, they ultimately lack free will. Certain options don’t occur to them, because it’s not allowed for it to occur to them. They’re free to do whatever they’re told, not what whatever they want.

That’s…horrifying. At least to my mind.

The tongue-in-cheek counterpoint being something of the following:


KNC wrote:And it's beautiful. Imagine being able to work hard during a long life, without ever being unhappy with your toil and task in life.

In short, it's Dwarf heaven. Also grimdark to boot.

Turn the steak around. Is it not wrong to put slaves to tasks which they ultimately are unhappy with? Why not design the slaves to be happy with their task and find fulfilment in their toil? What could be more beautiful than perfection of function?

Nay, pity the unrefined raw longshanking manlings instead! Their flesh and essence is but a random hodgepodge of contradictory neurotics, falsehoods and selfish desires, spat out by the rutting chance of evolution. How much suffering and bloodshed and destruction does not result from man's imperfect being? Why not make a better man, and do away with all the evils of life? Why not design a better being from the ground up, stable and dependable, clever and strong? Why not forge the perfect tool?

There is a cyclical beauty in this pragmatic futuristic design of slaves. In ancient Mesopotamian mythology, man is but clay, given shape to serve the gods.

From the Enuma Elish, the Babylonian creation myth:


Enuma Elish wrote:When the gods like men
Bore the work and suffered the toll
The toil of the gods was great,
The work was heavy, the distress was much.

You have slaughtered a god together
With his personality
I have removed your heavy work
I have imposed your toil on man.

Furthermore, the first prototypes of humans in Mesopotamian mythology were unable to reproduce, and only later did the gods grant them this power. Cloneskein echoes?

Now, what do you think?

Regardless of stance, the fertile fields of reasonable speculation provided by the background is a sign that this time around, Games Workshop did Squats right. 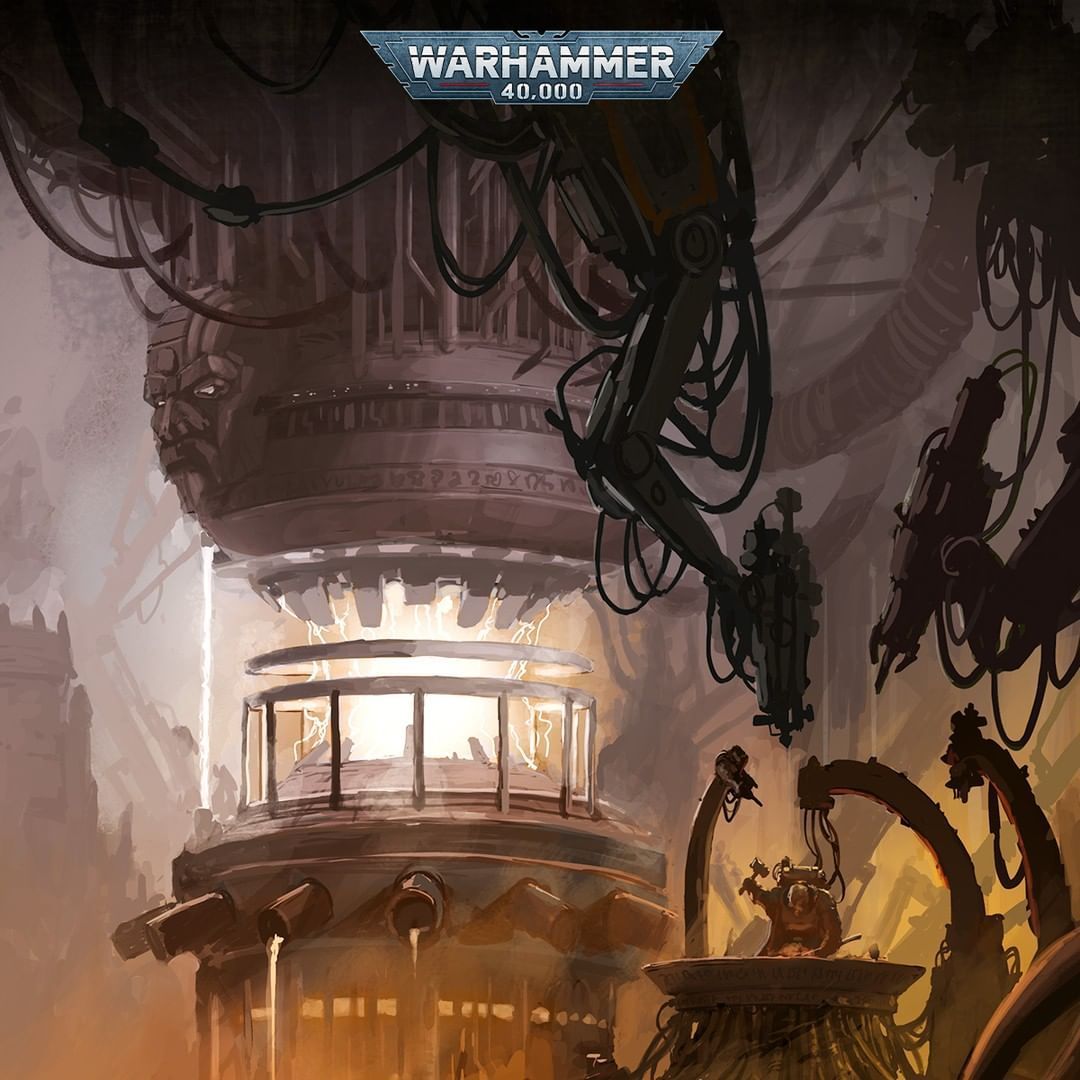 It definitely sounds like a more flavorfull codex than "just another type of space marines".

I think dwarfs in space work. With their focus on technology and craft they make a lot more sense than orks in space or elves in space.

As for their "design", it's part of the nature vs nurture debate I guess. How much of you is simply your genes, and how much of it is your upbringing and the values and ideas instilled in you. It's always a balance. For different creatures the balance is different. If you're an ant, you might be 95% nature, with almost all your actions dictated by your genes. For humans, I think it leans the other way (though not that extreme). For these space dwarfs it might lean a bit more to nature than nurture, which means they simply act the way they do because that's how they're wired. Then again, you would still have individuals, each with their own ideas. The group wouldn't be homogenous, at least, not to someone inside it.
For Nagarythe: Come to the dark side.
PS: Bring cookies!

Check my writing blog for stories on the Prince of Spires and other pieces of fiction.
Top
Post Reply
3 posts • Page 1 of 1