Anything worth sharing with us but not gaming related goes in here.

With my father having run a carpentry firm for as long as I have existed (founded the same year I was born, in fact), working with tree has always been a part of life here. We made tree swords and shields for playing at war (4 wounds, 20 seconds countdown when killed before back up, hands, feet and head not counting for hits) as well as tanks, planes and lots and lots of naval ships to play D-Day in Normandie on our gravel garage driveway together with lots of plastic soldiers. Now that my mother has got new inhabitants in her home, life for me has turned even more childish and playful than it usually is, and I have served as my stepsiblings' (aged 10 and 12 at the moment of writing) playmate slave regularly for over a year now.

This has included whipping out the best of our old wooden creations, some of those I built can be seen here. Most of our wooden armada had to be burnt a few years ago since it occupied too much storage and most of it was ramshackle were hastily built, but we saved the better pieces. As I have helped my stepsiblings with building wooden tanks, cruisers and amphibious limousines out in my mother's workshop, I also took the chance to dabble in wooden toyships again. In the middle of this picture can be seen the new creation, from summer 2020, surrounded by the better of my non-weapon wooden creations from around 1998-2001: 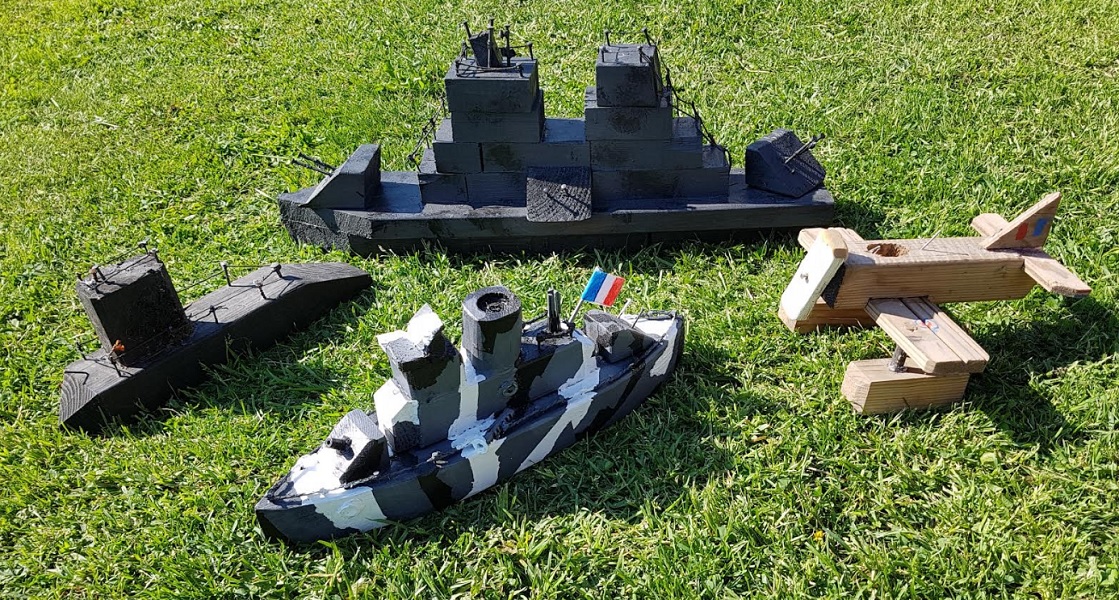 These, on the other hand, are some simple, and most importantly cheap Christmas presents made out of plywood for various family members in four intense days of work before Christmas eve 2020. 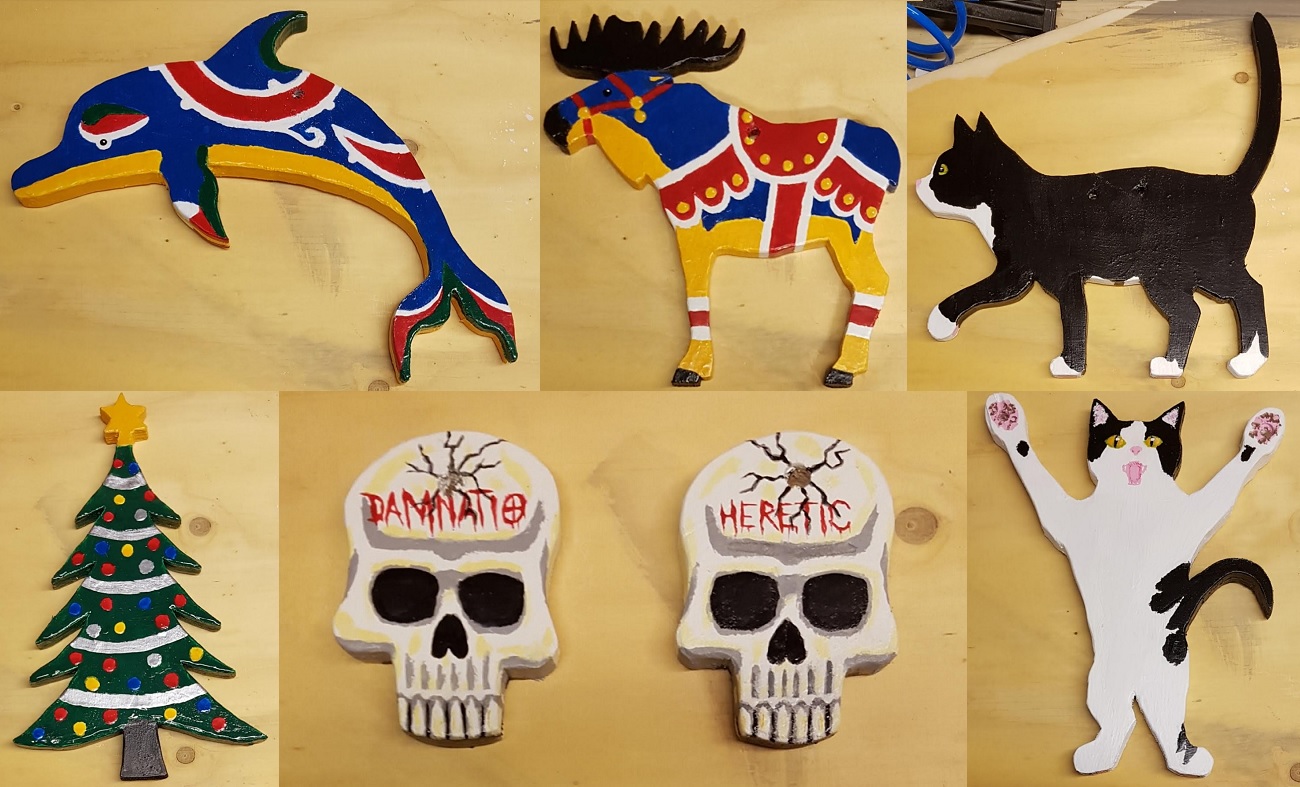 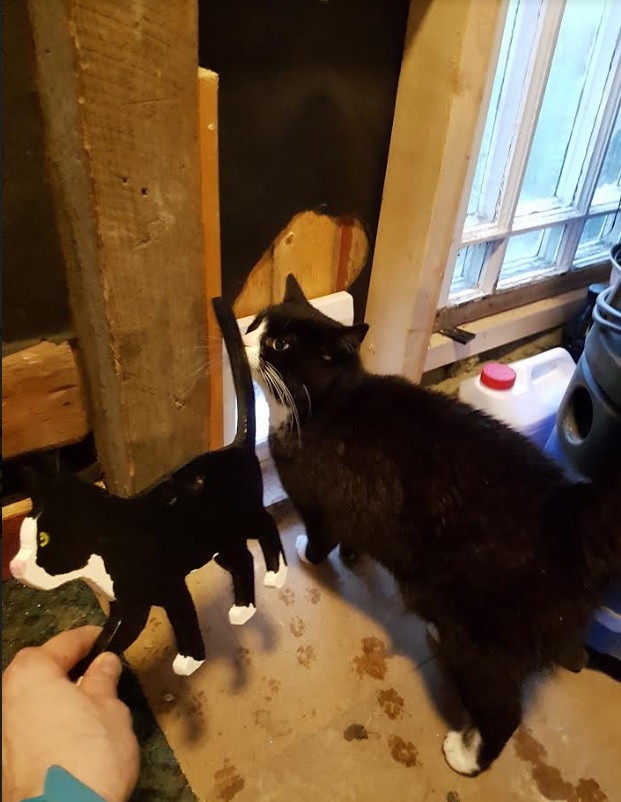 Note that the rightmost piece in the bottom row is based on this lucky photograph: 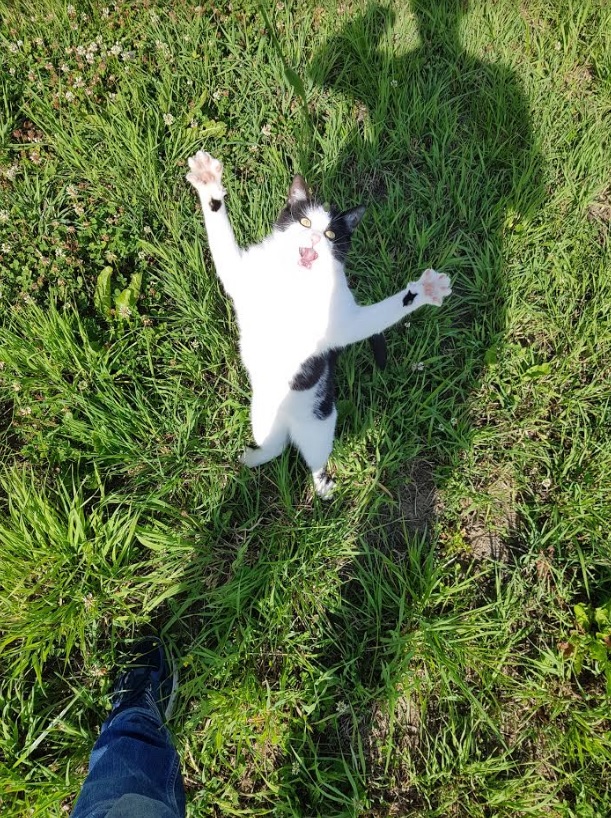 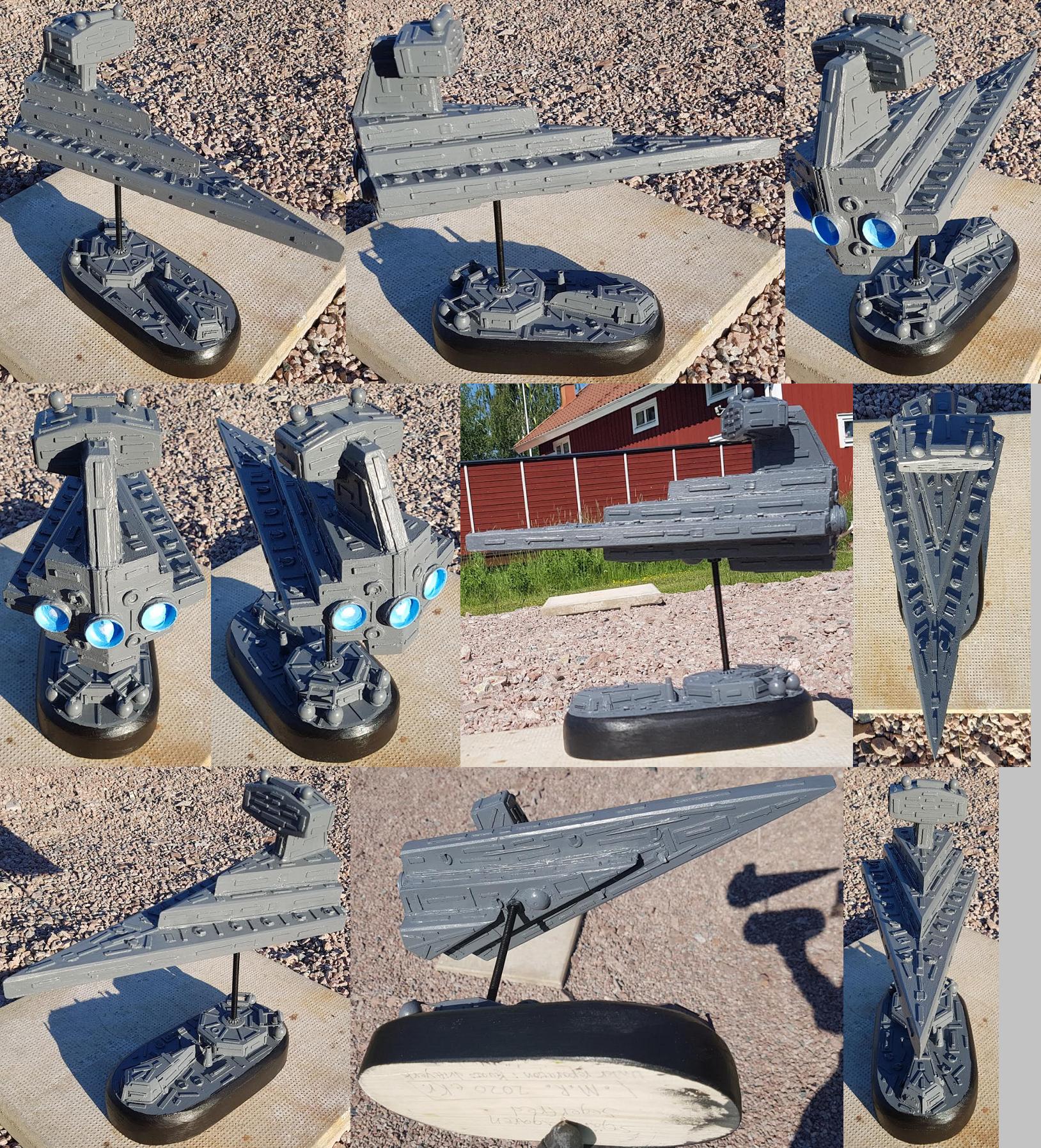 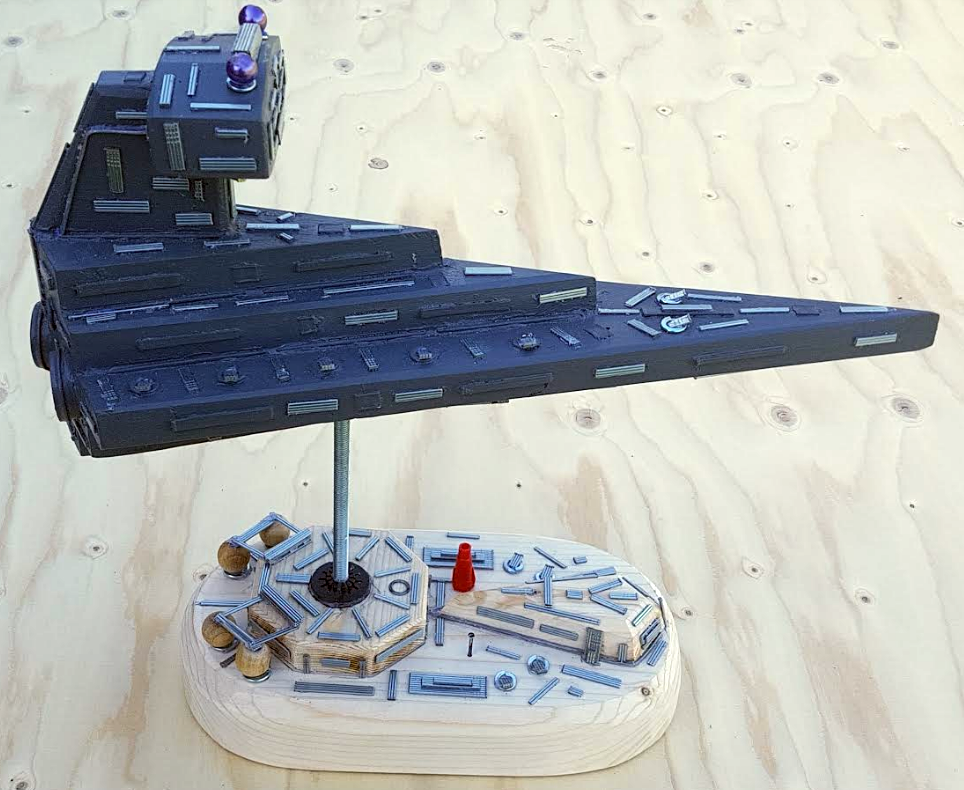 Wood is such a nice material to work with. Just some quick non-Warhammer projects from last year.

Have you done any fun things in wood? Please share stories and pictures.

Great work KNC, nice camouflage on the ship at the top.

That cat photo is just awesome!

And it's your own fault for being an uncle. Playing with those kids is part of the job...

@Prince of Spires: A very fortunate photo in a quick series of photos I took while playing with the cat. Her wildness is at full display. Haha, indeed part of the job!

Ah yes, and this wooden horse was also made during summer 2020 at the same time as the ship: 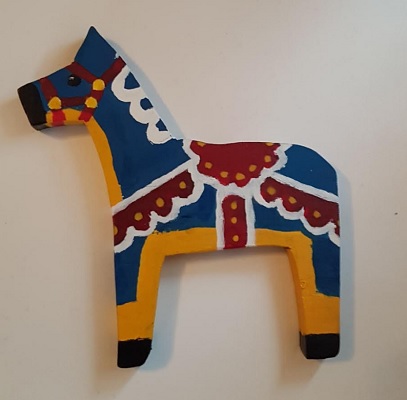 We're having a contest in pumpkin growing at my mother's place. Made some pompous namesigns for me and my brother:

I'm pretty sure it's not going to be me

All my pumpkin plants are performing terrible this year. Those that survived at least. Not sure what it is, but they have trouble growing and a fair few of them simply decided to die on me...
For Nagarythe: Come to the dark side.
PS: Bring cookies!

@Prince of Spires: Thank you! My stepsister won with a fat margin. Two enormous pumpkins! That smothered my and made it die, haha.

Your plants that survived fared better than mine, mate!

Christmas Presents and Other Gifts 2021 A.D.

These are some simple, and most importantly cheap Christmas presents and other gifts made out of plywood and wood for various family members and friends during 2021.

Note that the two wild cat presents are based on this lucky photograph. 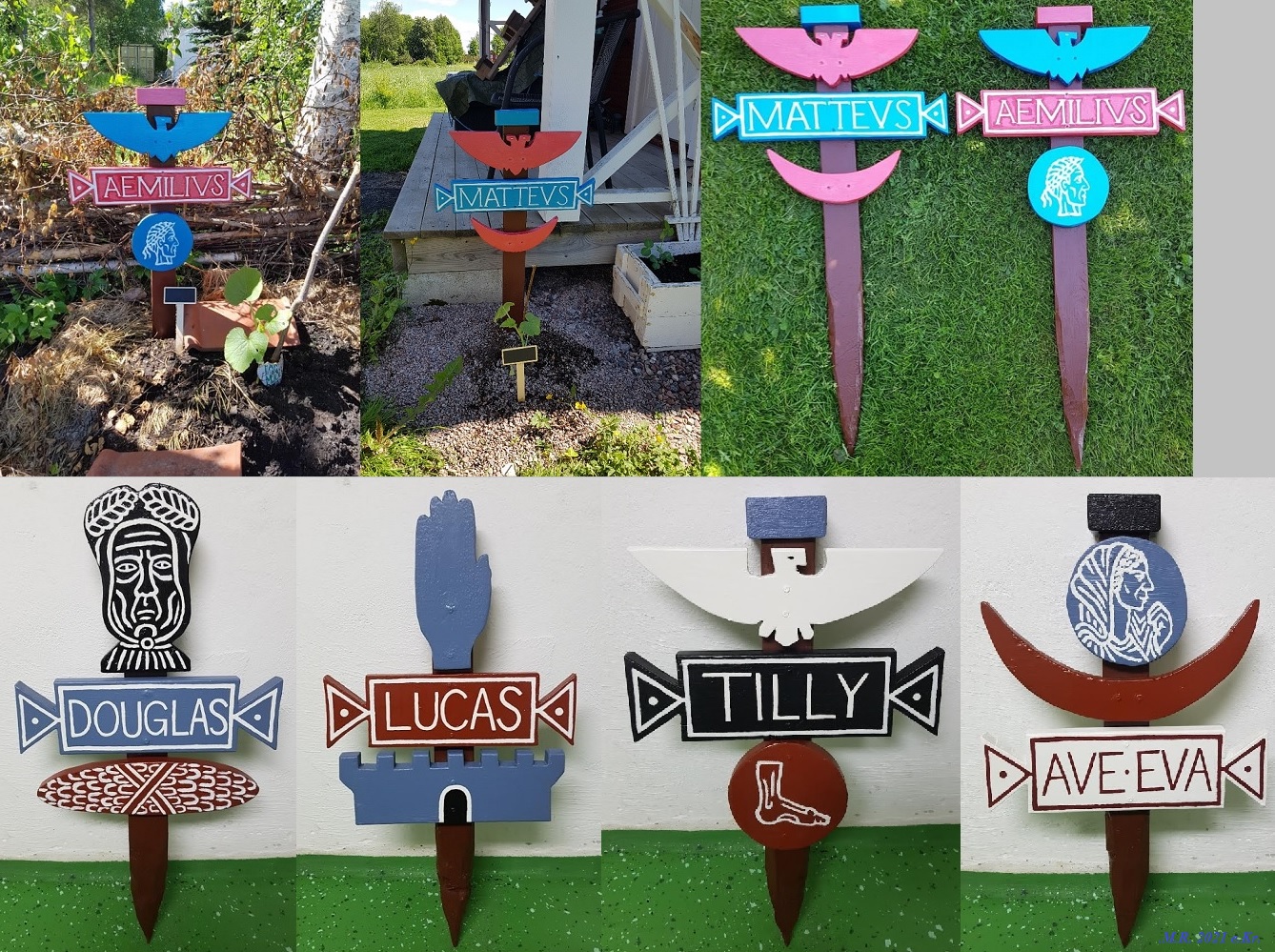 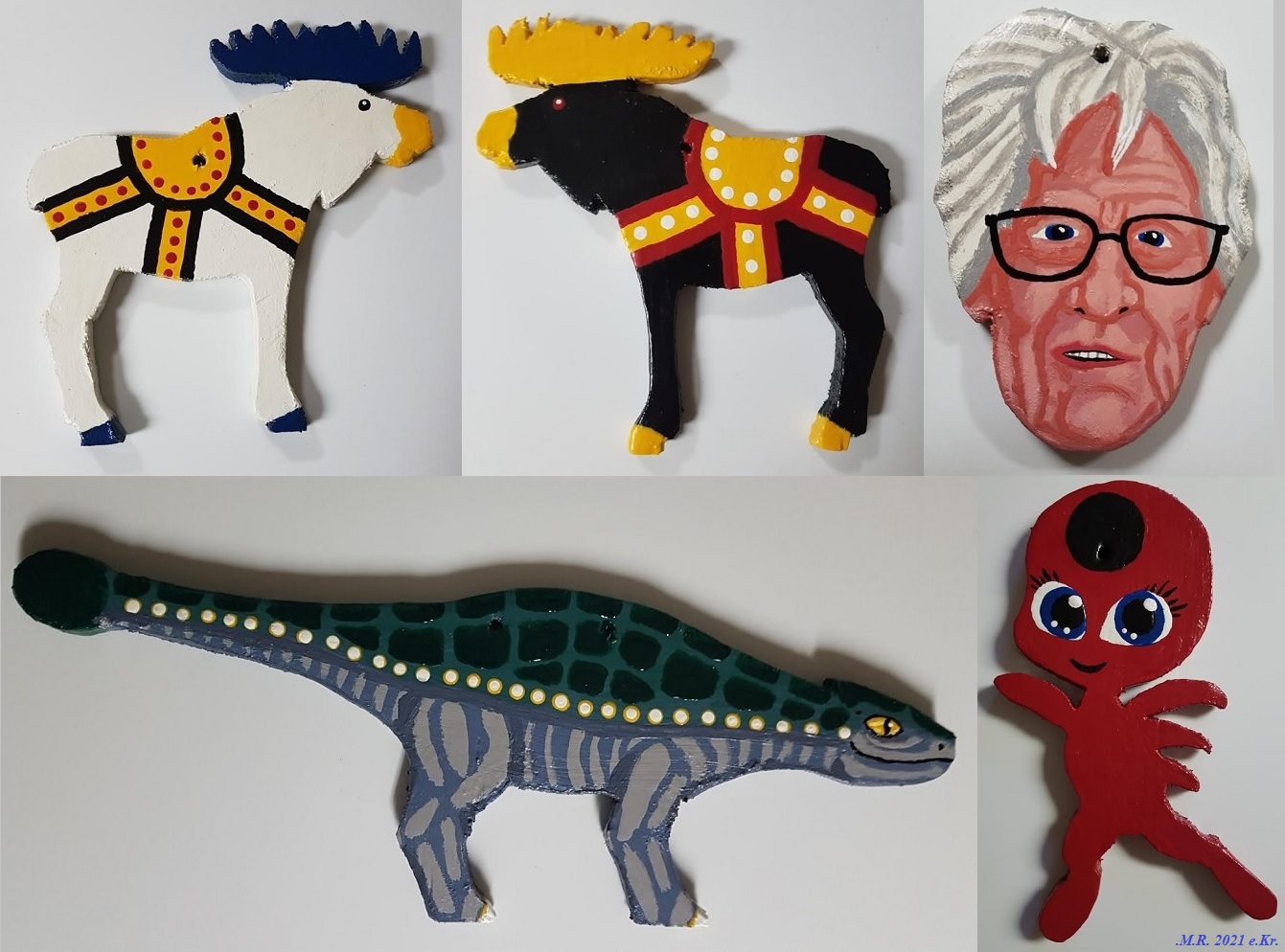 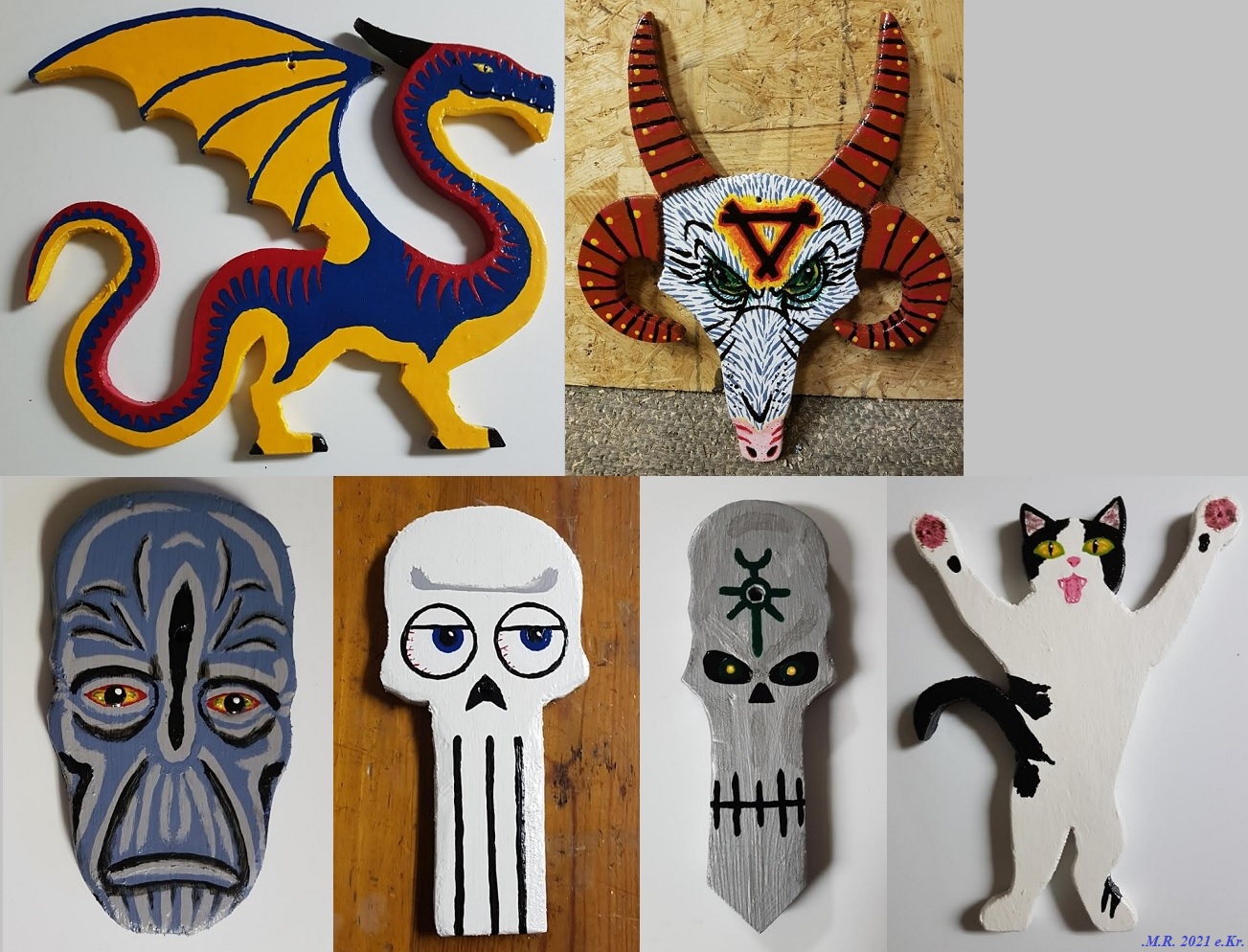 They definitely look great and like very personal holiday gifts. I'd be happy to get something like that.

I decided, as a gimmick, to give my family a signed copy of my latest novel. They're pretty rare so they make for a great gift

Though, to be fair, my youngest brother did go into Corona quarantine over Christmas, so it was a timely gift. At least he has something to read...
For Nagarythe: Come to the dark side.
PS: Bring cookies!

Great choice of gift there, especially for your youngest brother. I hope he enjoyed it.

Being something of a handyman that people often turn to for help with simple manual labour, you could confidently classify me as a tool user. A colleague would rather have it as a slave, which is reasonable since I mostly work for free, all things considered. My hands will be active at tools, writing on keyboard or turning pages in a book most of my waking time.

Why not bring some joyful colour into the toolkit you're going to use so much?

Even if your life will be filled with mass produced factory wares, you can still put a personal touch on some long-lasting things in your surroundings, as our ancestors have done since time immemorial. Crafting patterns and ornamenting things has a therapeutic quality to it, for good reason. Minimalist modern man is a pauper in regard to decorating his own stuff, compared to his forebears, though there are still places where people dare to pimp their rides, as evidenced by South Asian jingle trucks and Japanese dekotora trucks.

The idea to paint tool shafts was born after viewing through AMELIANVS' late antique and medieval Roman artworks. This artist brings a great deal of lively period detail into garb and gear. Striped spear shafts appear on the famous mosaic of emperor Justinian, and provides a simple idea for upgrading the looks of common tools.

The means were provided after I was gifted left-over facade paints of various kinds, which were put to use first on homemade lightsabers and wooden toy weapons, and then on the tool shafts. Plastic and metal shafts have been spray painted.The recent set of tools painted this week were given a matt varnish spray as an experiment in endurance.

Yes, paint will fade, wear out, flake off and get dirty when you use the tools. That's part of the charm and lifecycle. Viking runestones and classical Greek, Roman, Egyptian and Assyrian statues were also painted, yet all that remains now is the carved stone, seemingly eternal. As grey as an unpainted miniature collection.

I can recommend painting your tools in your favourite colour and colour combinations. I painted those I am going to use red and blue, the colours of Karak Norn, which are my Warhammer army colours and incidentally also the Carolean regimental colours of my landscape province. 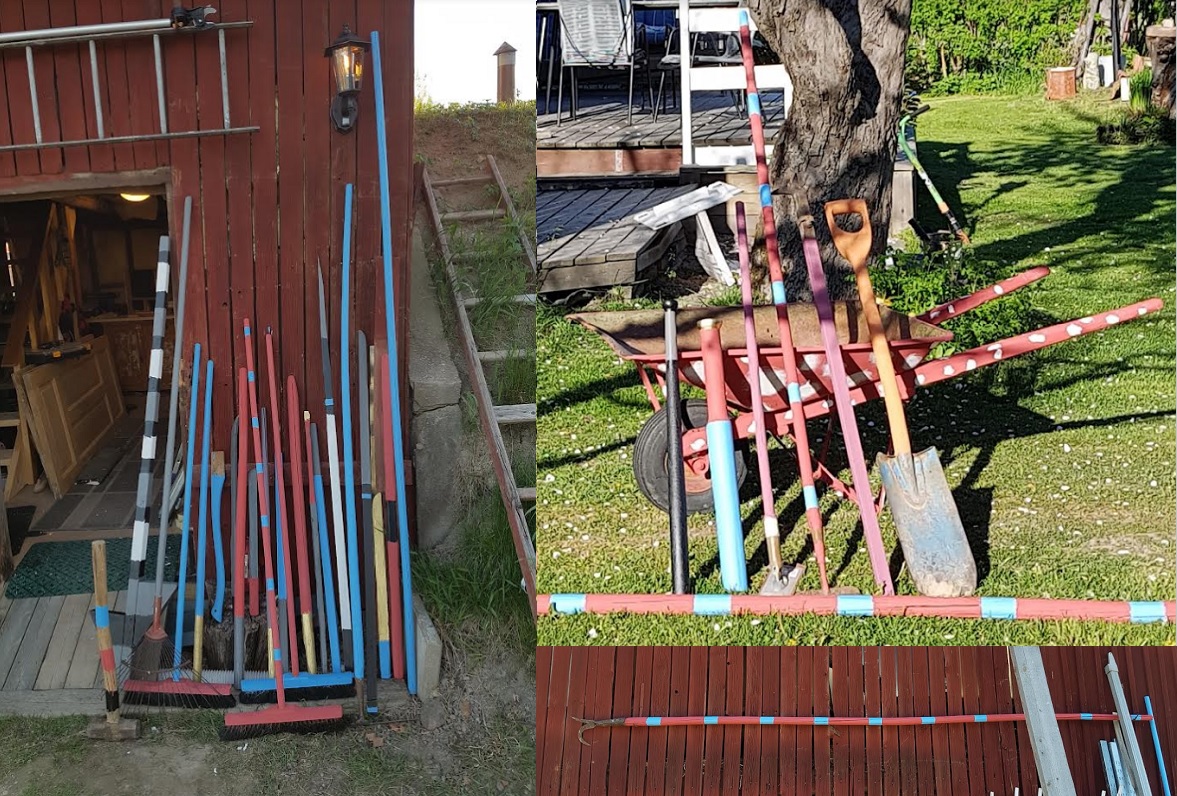 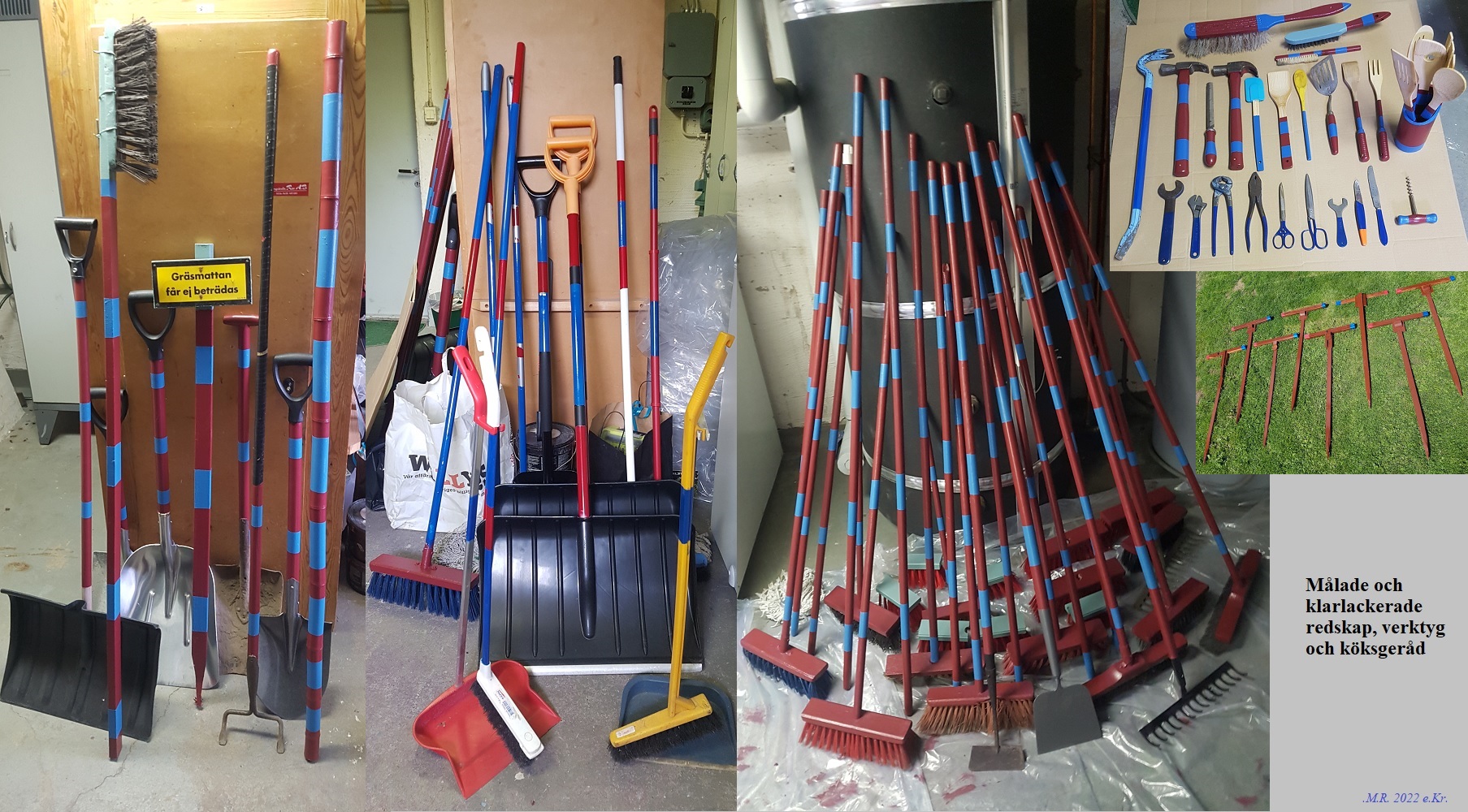 Karak Norn Clansman wrote: ↑
Sun Jun 12, 2022 11:54 am
Crafting patterns and ornamenting things has a therapeutic quality to it, for good reason.

Return to “Off topic”