Place to discuss anything related to AoS that isn't covered by the other forums.

That is wild! I've a lot of time for cyberpunk, Bladerunner 2049 a recent highpoint IMHO.

Yeah, looks like it. In both games the nice armies and terrain give a really good effect.

I don't know what this is but it doesn't sound good.

I don't know what this is but it doesn't sound good. 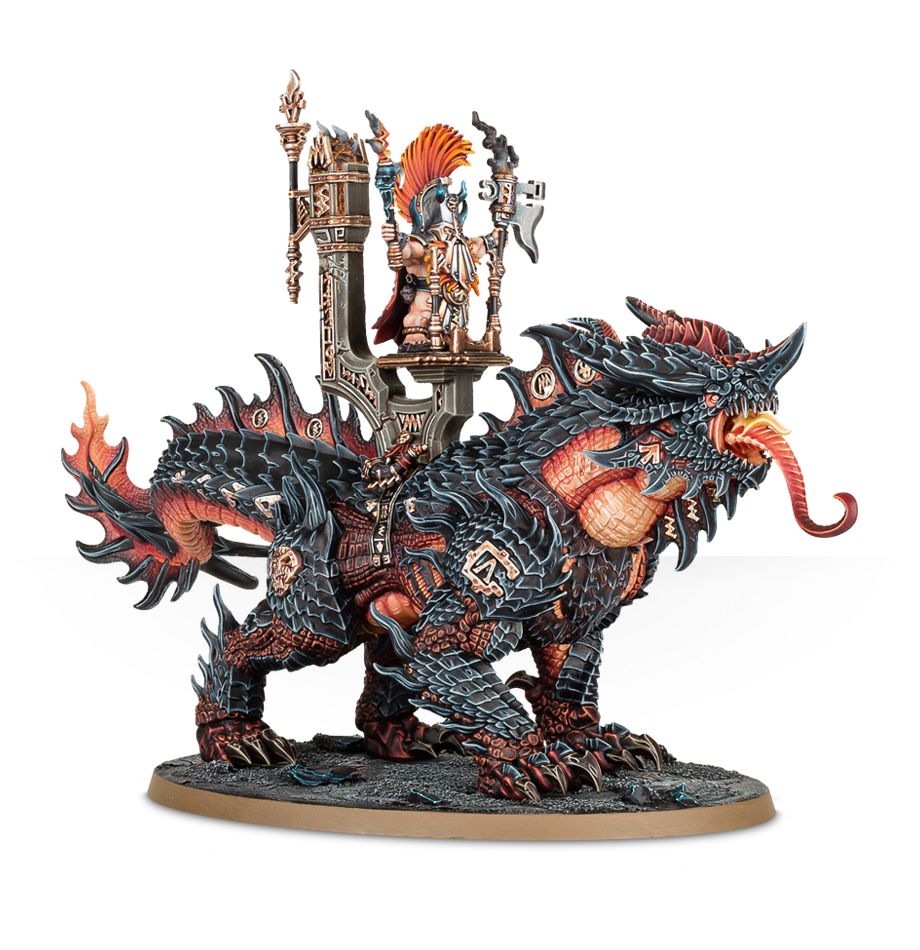 Hero/Lord chocies for Fyreslayers
Twitter: @chumphammer
Old WFB coming to give AoS a real try for a while.
Top

Been quiet for a bit as was on some trips, but back now and this weekend I am actually getting to a tournament!

I might even do some twitch videos while I am there (I dont usually do twitch videos) should be under chumphammer
Twitter: @chumphammer
Old WFB coming to give AoS a real try for a while.
Top

Well I went 3-2. Lost by 1 pt game one was I made 2 stupid greedy choices when I should have played safe

lost game 4 as game ended turn 3 due to time, as my opponent played silly movement things with his 60 zombies/30 skeletons which ate up tons of time. We talked it out with the judges for the 5 rounds (as his army is about holding points as you cut through him and in 3 turns you cant do that) but doesnt work as well as it sound so he got the win.

Had a great weekend though, will try and do some pics when I am more alive

Not playing for a few months defiantly showed though.
Twitter: @chumphammer
Old WFB coming to give AoS a real try for a while.
Top

This does sound like the perfect state of mind for posting pictures of a game you lost against undead / zombies....

A shame you lost by only getting 3 turns in agaist a points denial list. It sort of rewards playing slow. Just shows that Legal, Fair, and Fun can be 3 different things.
For Nagarythe: Come to the dark side.
PS: Bring cookies!

lol ok you asked for it: 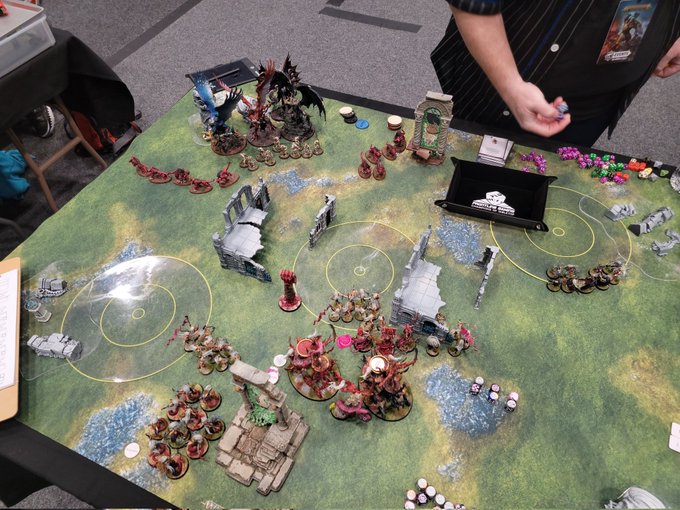 Game 2:
Played vs James and his Nighthaunt. Super nice guy and new to the game so I felt bad as it was very one sided. Made sure he had fun though and played till turn 5 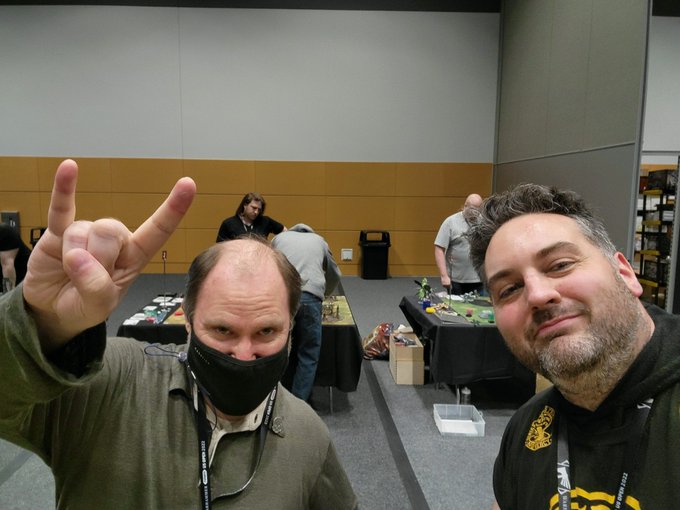 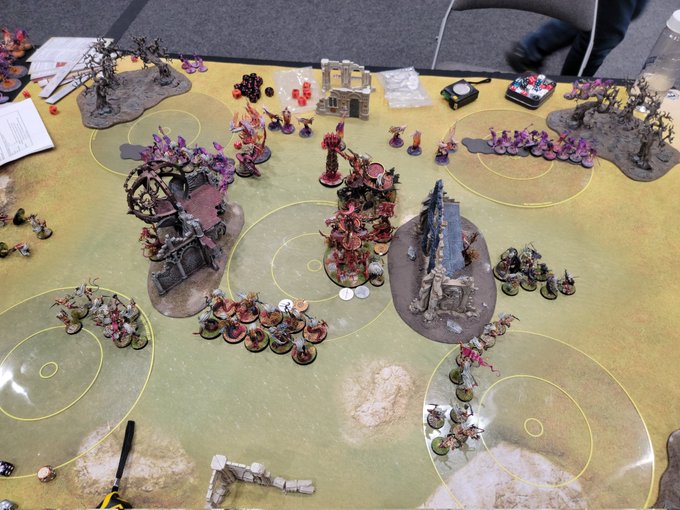 Game 3:
Game 3 was vs Charles and his DOK
I love playing other dok players as they all have a variation of the same list. He was using the new Incarnate though, which by turn 4 was his only model left lol. Won the game 26vs18 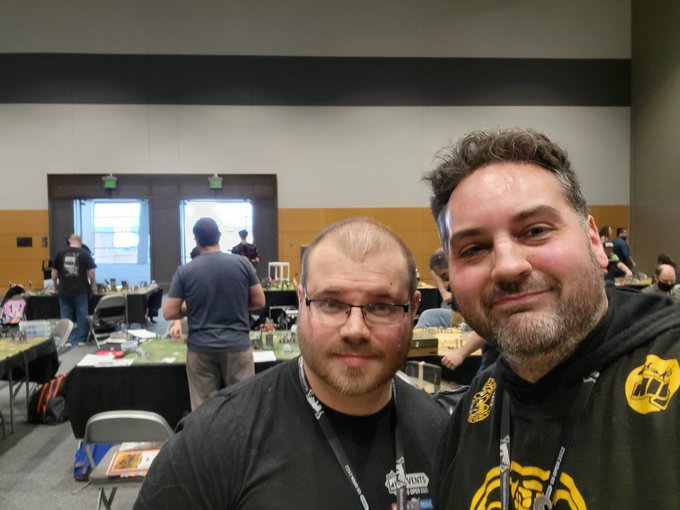 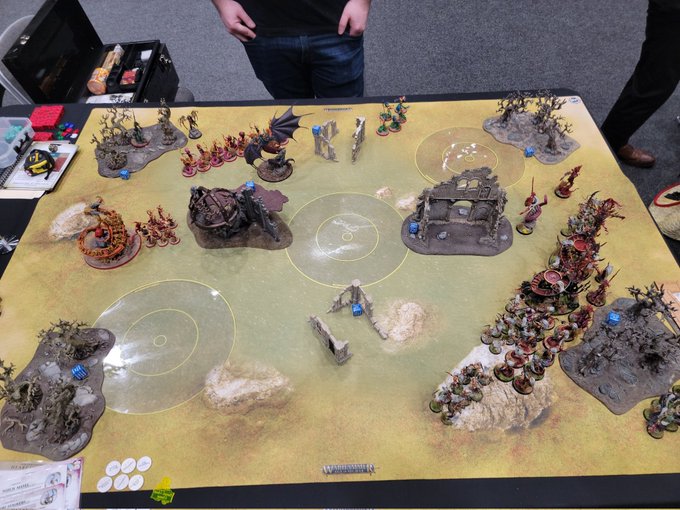 So 2-1 day 1 and was on a high from beating DOK again. That night we did a GW pub quiz and hung out talking with the TO's and a guy from head office

However, I had some food that was given to us and it really didnt agree with me, so went to bed ok at midnight then was up from 4am ill. put a dampner on my game 4

Game 4:
Played a guy called Cameron and SBGL. I wasnt feeling well and he was the gamey movement shinnigians kinda of player. He rushed points and I slowly killed his army, but I didnt realize how long he was taking on his turns and we actually ran out of time bottom of turn 3. This really sucked, as basically it felt like he capped obj then slow played the clock out. If I had been more with it I would have pointed it out to the TOs, but sadly I wasnt. meant a loss but that was ok as I should have played more aggressive to block the objectives. To's spoke to me after and said they should have stepped in sooner but they though we were on turn 5 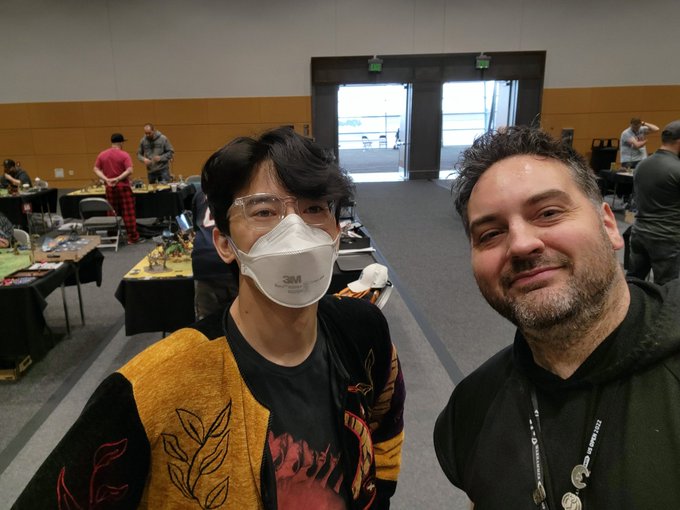 Game 5:
Game 5 was a joy, I was feeling better and had eaten something and I got drawn vs Shoe from Rolling 1's youtube (never met him or his show team before but had been hanging with them all weekend)

We just had a really silly and fun game , mainly chatting and doing dumb stuff. I got the win after he went all in (I warned him not to) and died lol 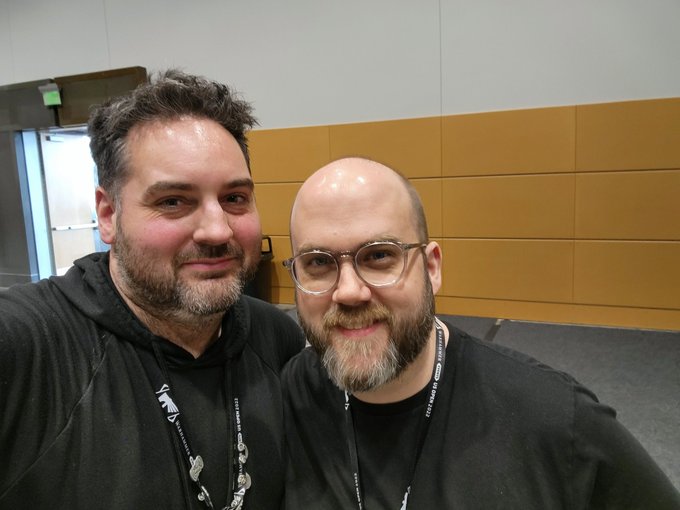 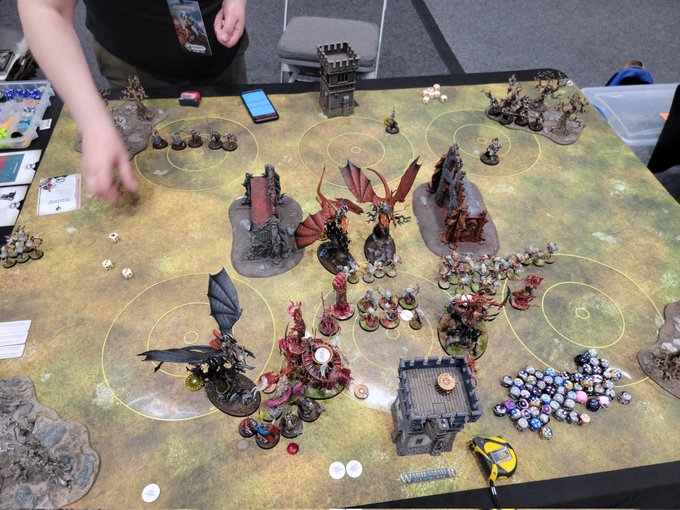 So my last event with DOK in the current book was a 3-2. Not my best innings but i have probably just been lucky in other events. Defiantly need to play more games the month leading to the event as it really does make the difference

DOk have a new book coming this weekend, so already writing lists with the new rules. Actually playing on SagaofDice with one tonight so will post the episode on Wednesday when its out

I have an event coming 1st weekend in June, and dont wanna use my old DOK since I cant use the new book for it, so I actually might take my gitz for fun
Twitter: @chumphammer
Old WFB coming to give AoS a real try for a while.
Top

https://www.youtube.com/watch?v=Ir122seqwA4&t=2769s
Twitter: @chumphammer
Old WFB coming to give AoS a real try for a while.
Top

Thanks for this Wamphyri. I love how colourful a lot of it is!

Always a tricky decision, I tend to play too cautiously and miss big wins.

I guess knowing your army well really pays off here.

Can't say fairer than that!

Makes a lot of sense.

Sounds (and looks) like a great tournament. A shame you had some moments which could have gone better and that you ran into a gamey player. On the other hand, that last game just sounds awesome.

The gitz in a tournament setting would look amazing. They might be loads of fun, though perhaps checking if the list can stand up to some tougher tournament lists might be a good idea

Check my writing blog for stories on the Prince of Spires and other pieces of fiction.
Top
Post Reply
191 posts

Return to “Age of Sigmar”