Anything worth sharing with us but not gaming related goes in here.

Realm of History have a good article on the famous Varangian Guard of the mediaeval Roman Emperor in Constantinople, in list format. British people take note of the epilogue to the Norman conquest of England being played out on the battlefield at Dyrrhachium in 1081 by Anglo-Saxon exiles in Varangian Guard service. 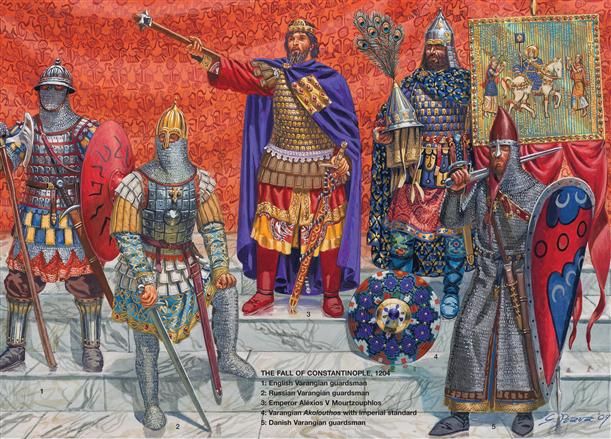 It should be remembered that despite the devastations and fragmentation from late antiquity onward, the Mediterranean remained as the dominant cultural and economical part of Europe through most of the Middle Ages.

Also, note that the Varangian Guard's dependability, in comparison to other Imperial Guard units, hinged both on excellent pay, being foreigners with no stake in internal issues of the empire and on their cultural honour code of a warrior's loyalty to a leader, adherence to oaths and virtual immunity to bribes (the latter described by Anna Komnena), aspects which likewise were crucial in ancient Roman use of Germanic bodyguard units (the original such corps was disbanded by Galba since the Germanic guard unit had remained loyal to Nero to the end, unlike the Praetorians). Writers in both the ancient and mediaeval Roman empire noted these barbaric northerner's fondness for getting drunk.

Of reference relevance to the High Elves of Ulthuan due to White Lions of Chrace.

Thanks very much for this KNC.

I’ve heard Eastern (Swedish, some connected with the Rus?) Vikings being described as Varangians before. Yes, of particular interest to the English. I believe many Anglo-Danish Carles served in the Guard even before Hastings, possibly even Harold Godwinson at some point. Definitely Hardrada of Norway of course. ‘The Viking’ indeed! I can heartily recommend anything about him by Henry Treece. It’s hard to overstate the Viking impact on Britain (and Ireland) and in particular the Danish impact on England. See also Tinchebrai 1106 for further repercussions of Hastings.
A New Blog (Orcs and Goblins)
http://ulthuan.net/forum/viewtopic.php?f=5&t=70550
Cavalry Prince Reloaded
http://ulthuan.net/forum/viewtopic.php?f=80&t=70001
Top

So thanks for sharing. I love diving into history. It's staggering how long the eastern roman empire managed to remain in power. Definitely one of the most long lived empires in history.
For Nagarythe: Come to the dark side.
PS: Bring cookies!

Very interesting stuff, Karak. I was unaware of this particular guard unit. I also didn't know Nero had a Germanic guard unit that stuck with him to the end. Now that's loyalty.
Top

@SpellArcher: Oh yes, the original Varangians were Swedish Vikings, from the eastern coast of Uppland (the landscape north of Stockholm). The coastal regions there are still called Roslagen, meaning "rowing teams", from which Rus and thus Russia is derived. The Rus were Swedish Vikings invited to settle down as a ruling caste due to endless internal squabbles among the Slavic peoples. This phenomenon is a lot more common in history than one may think, just check out northern Italian medieval cities' penchant for inviting foreign lords, especially Venetians, to settle some long unresolved hot issue. The dynasty of Rurik were originally Swedish, and the names Olga and Oleg in Russian is derived from the Scandinavian names Helga and Hälge.

The great climax of this vengeful Anglo-Saxon rage against the Normans was reached at the battle of Dyrrhachium (1081), when the Anglo-Varangian mercenaries led the pursuit of the fleeing Normans, but became separated from the main eastern Roman force and ended up massacred. 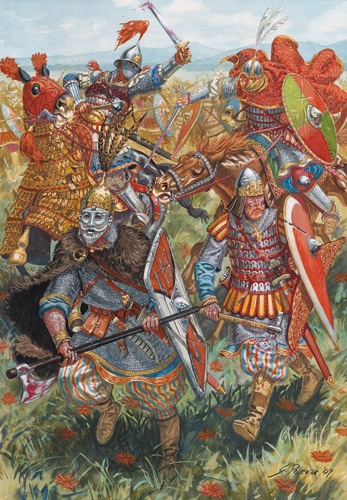 @Prince of Spires: Staggering indeed. And against such odds! Their forces were usually enough to pursue defensive war on one front, and concentrate power for an offensive war on another front. But the Romans of the east usually faced no less than three simultaneous front, and sometimes more.

@Coad: Cheers! Check out the Numerus Batavorum, recruited from the allied Batavian tribe, a reliable staple of auxiliaries for the Roman army in general. Also, watch I, Claudius for a TV-series who made use of these Germanic bodyguards.

Similar codes of honour and loyalty made Spanish bodyguards become prized. They served Caesar, for instance, but were dismissed upon his finishing the civil war since he did not want to appear like a tyrant: All tyrants had large bodyguard units to intimidate others and protect themselves from wronged citizens. 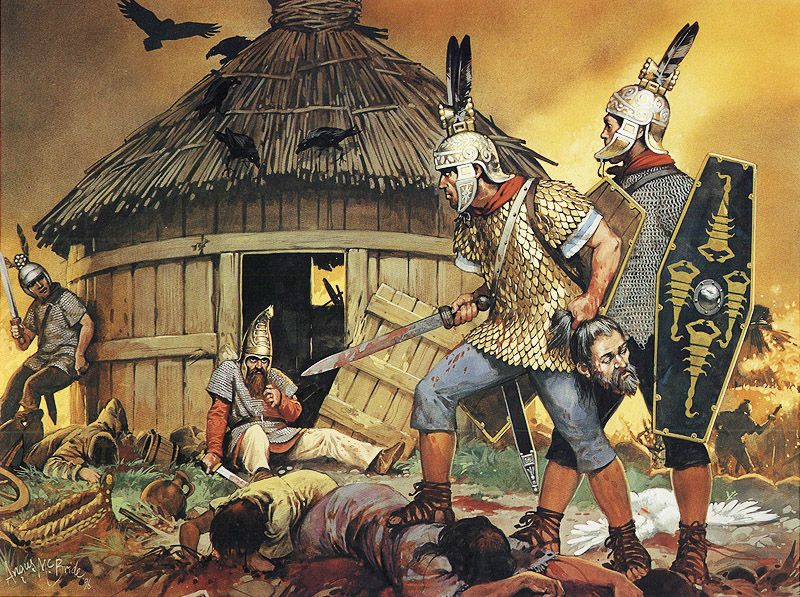 That's a big one I didn't know!


Karak Norn Clansman wrote: ↑
Thu Dec 30, 2021 2:04 pm
The great climax of this vengeful Anglo-Saxon rage against the Normans was reached at the battle of Dyrrhachium (1081), when the Anglo-Varangian mercenaries led the pursuit of the fleeing Normans, but became separated from the main eastern Roman force and ended up massacred.

Check my writing blog for stories on the Prince of Spires and other pieces of fiction.
Top
Post Reply
8 posts • Page 1 of 1

Return to “Off topic”