Six new 28mm character miniatures have now been released by Admiralty Miniatures. Check them out below! 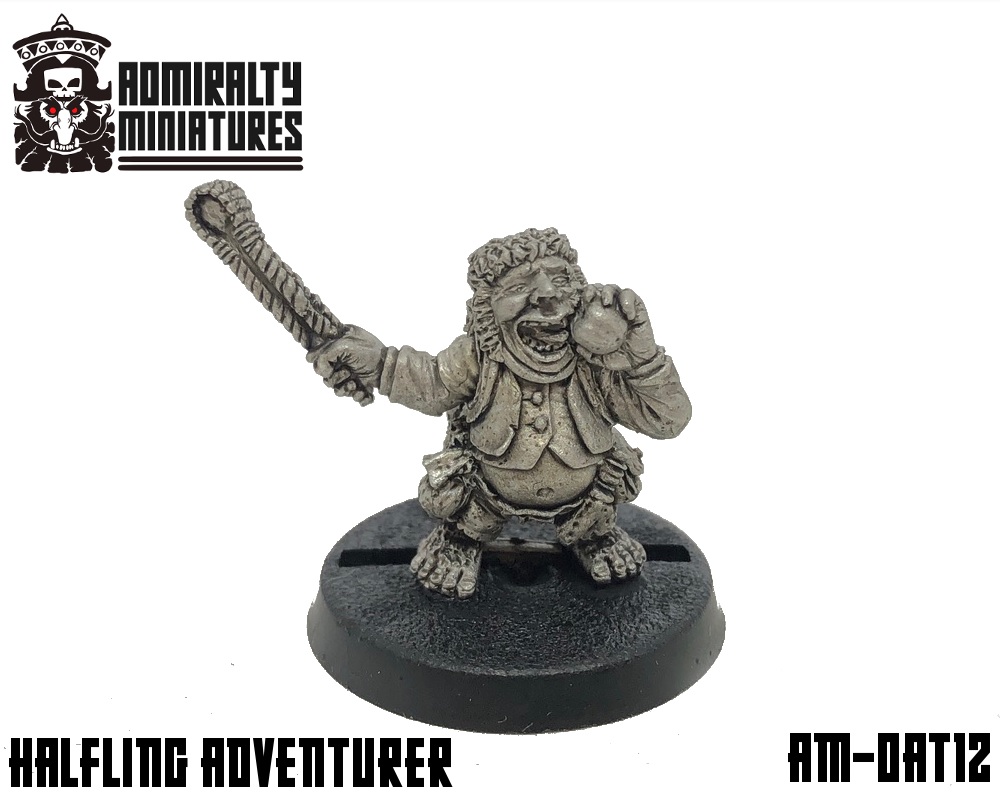 Bubby "Gutso" Lardbairn had always been a good shot. And a hearty eater, by all accounts. And so his belly hadn't sunk thin when he got wandering feet and started trekking all across the wide, weird lands out there beyond his lush little home.

No, instead his rotund body had swelled further still, for Bubby had mastered the art of foraging and cooking while roughing it in the wilds. It had started modestly, with some eggs stolen from nests here, and some small animals poached there. At first it had taken effort and concentration, but after a while Bubby "Gutso" found that he had a true knack for this kind of thing. And so his stubby limbs went through the motions without thinking about it: Spotting and sneaking and stalking. Climbing and reaching and grabbing. Flinging and flaying and flensing. Bundling and binding and bagging.

And above all, eating all the time.

There were meals, of course. Many meals in a short day. A decent fellow couldn't miss out on a meal now, could he? And then there were those belly rumblings in between meals, so there had to be snacks as well. Rumour had it that the ravenous Halfling had pushed more than one company of fellow travellers to starvation as their provisions vanished down his gullet. Indeed, nasty rumours even claimed that some of jolly Bubby's companions had disappeared down his little cooking pot...

Yet he couldn't care less about the waggling tongues of others. Not when his own was about to taste a ripe peach! And apparently also a fowl soon enough, for his eyes detected the bird and his slinging arm went into a spin all of its own while he licked the stolen fruit. For Bubby "Gutso" Lardbairn had mastered the art of eating and hunting at the same time, and he couldn't enjoy life more than he already did on this sunny day! 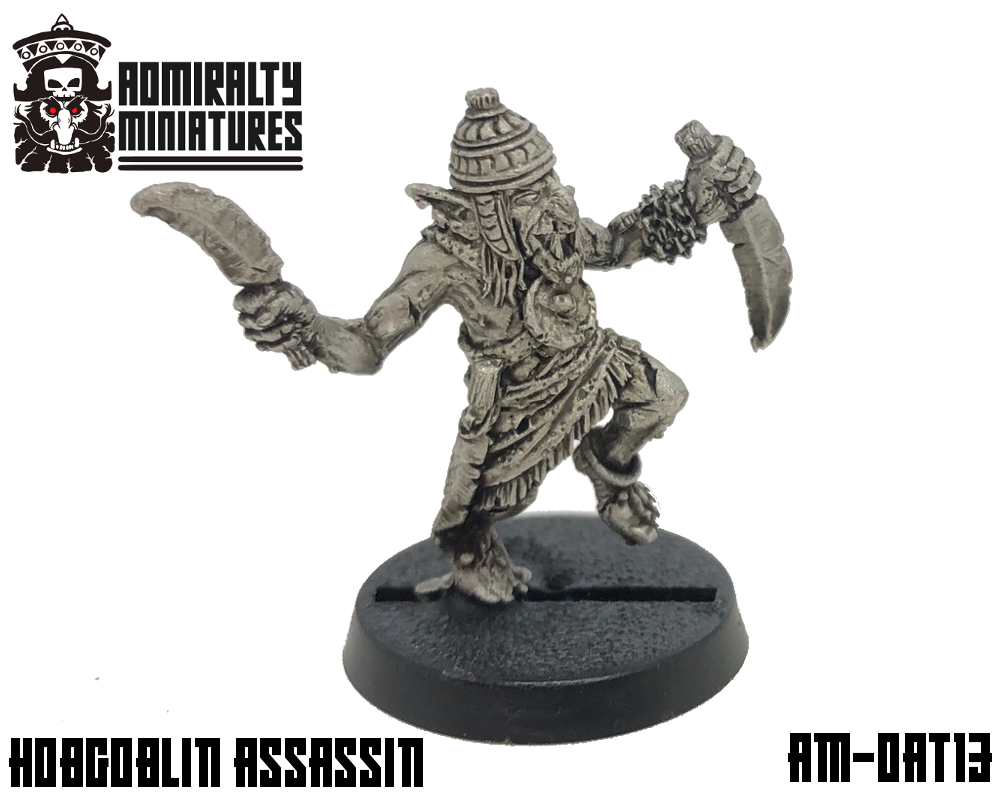 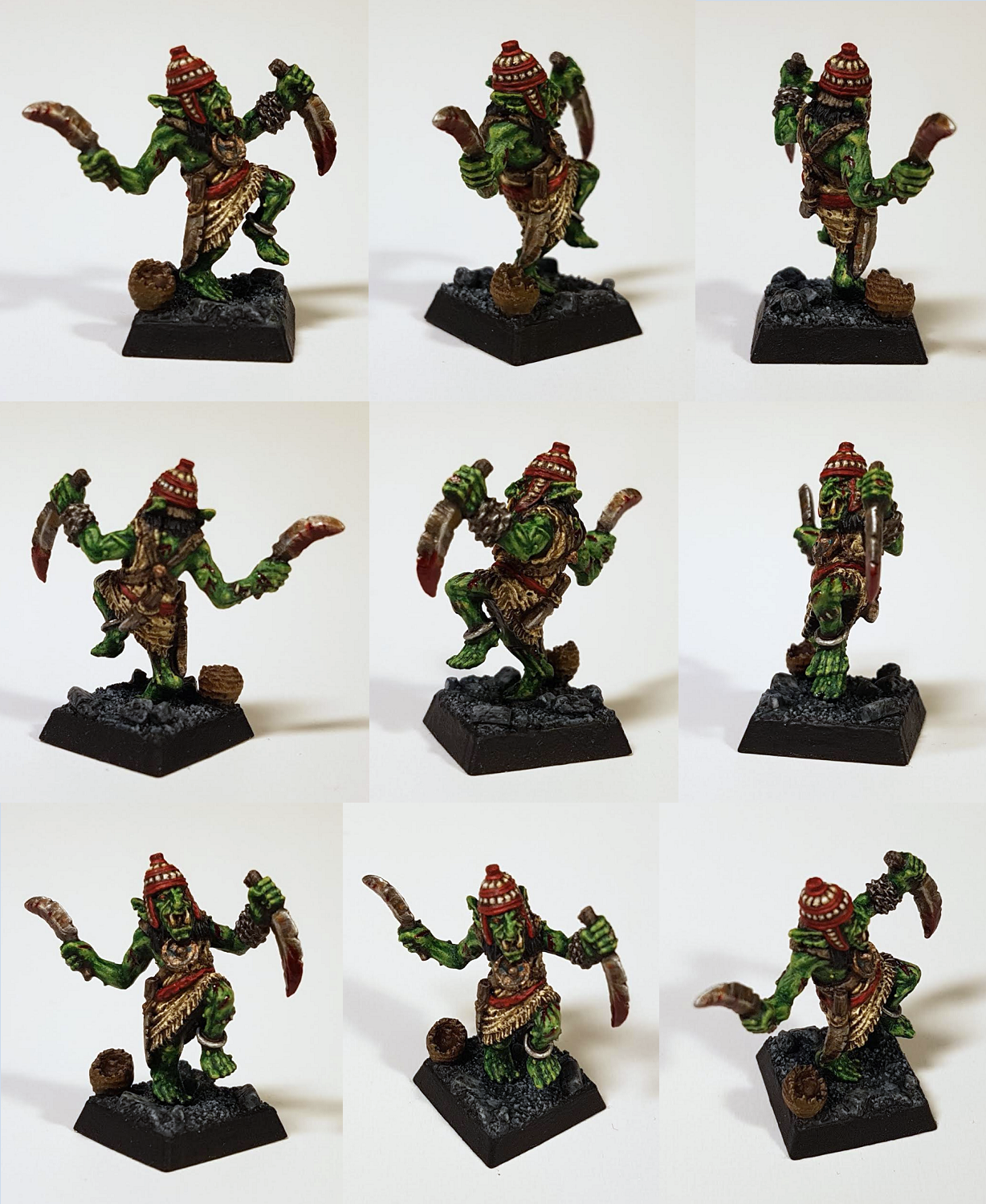 The harbour slums of Karzhukulti-Neppur were an unsavioury chaos of winding backstreets and dead ends, all ramshackle sheds and overcrowded brick houses built without a plan. Only some of its stinking streets were paved with cobblestones and leftover bricks, and yet the thick layers of filth would often give you the impression that you were walking down a dirt road. A very dirty one indeed.

Such was the unsentimental home of Kyssarka, the scarred harbour skulker that styled himself as a Hobgoblin assassin. His trade was the knifing down of people from behind. Their deaths fuelled his scrawny life. Everything he owned came from theft and murder. Kyssarka's boar's tusk helmet was the trophy from sneaking up behind a drunk warrior from the steppes one moonless night. His current garb and bronze breastplate came from a couple of other unattentive scum. Kyssarka was used to shed dress like a serpent shed its skin. It allowed him to switch persona and seem to be something he wasn't.

Of course, more than once the one-eyed Hobgoblin had awoken, slashed by blades and left to bleed out on some dung heap. Stripped of all possessions. Those were bad moments, but somehow he had survived thus far, and he had always been able to steal knives or strangle someone from behind to start all over again.

It had been a tumultuous life. And it would be a short one. That much Kyssarka knew as he tip-toed up behind yet another victim with drawn blades. He was still young, and likely wouldn't live to suffer old age. Sooner or later luck would abandon him to a grissly end. There was nothing to it, he thought, but to trust that fortune would favour the bold.

He raised his knives to strike. 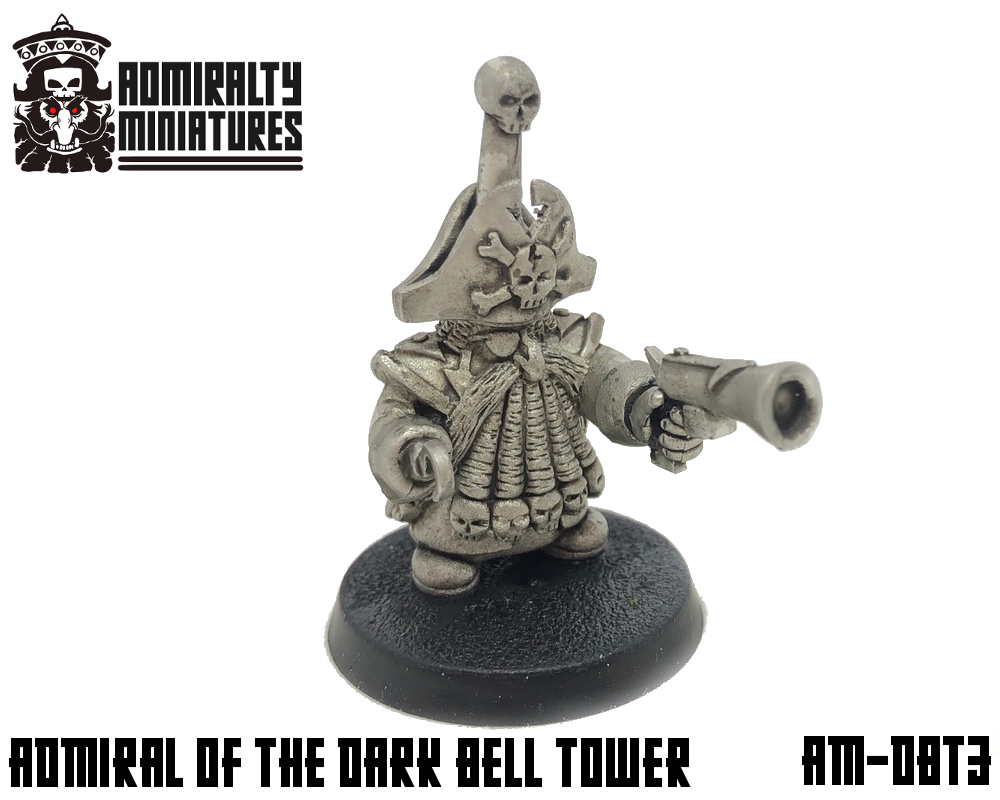 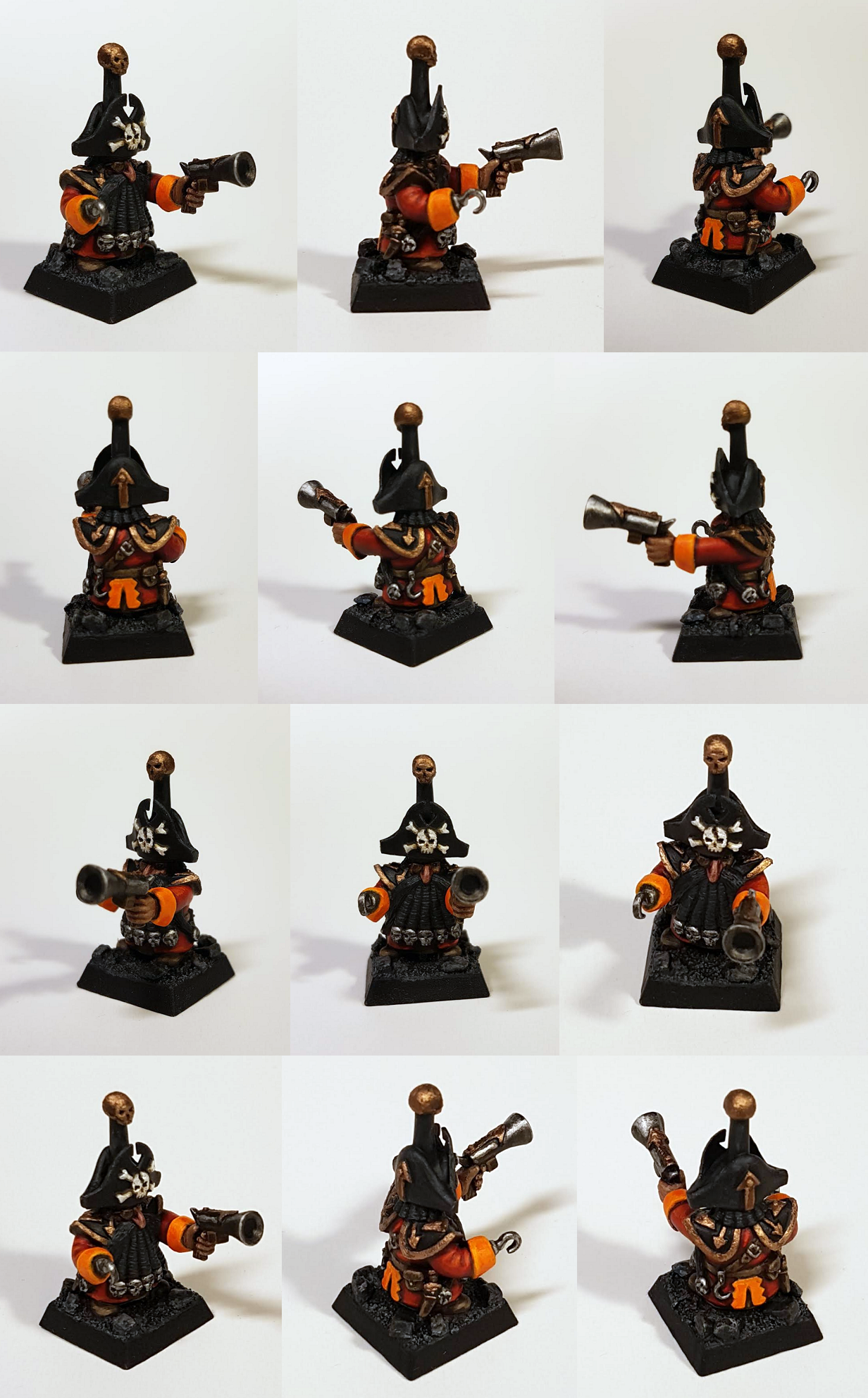 Admiral Azhakur Grimclaw, son of Merdak son of Erzhannupar the Cruel, whirled around just in time to catch his would-be killer at point blank range. There was no escaping the murderous hailshot of his flared boarding pistol.

The Hobgoblin that had sneaked up on him froze mid-stride, its one beady eye staring down the black mouth of the handgun. Its unknown client would not have its will come true this day. Azhakur did not even bother with trying to capture and torture the wretch for information. Whoever wanted his life would know how to use middlemen and secrecy to throw off all attempts at tracing back to the source.

"The pleasure is mine," barked the Admiral, and fired.

Only then did his scattered bodyguards emerge from the dark doorways of surrounding shanties. They had long ago ceased their protests at occassions like this. Their chief had his odd ways, and they knew he lived for the thrill of cheating death. Years of steaming at the high sea awaited them, and who knew how many months would pass in routine boredom on board before their first victims on the waves would give Azhakur Grimclaw his next violent encounter? They knew from experience that it was better for the dreaded Admiral to have his fun in the harbour slums before the voyage, rather than having him cut up too many of the fleet's slave labour force out of restlessness.

Azhakur moved his big pistol close to his moustache and blew off the smoke before handing it to one of his retainers to reload. It was but one of many tasks which one-handed Grimclaw had to rely on his crew to accomplish.

The Ashen Dwarves left the messy remains of the assassin to the rats, and proceeded to the busy quays of Karzhukulti-Neppur where the flotilla made ready for departure. The Admiral would bid farewell to his first wife and firstborn son as tradition demanded, before scouring the ocean like a shark. 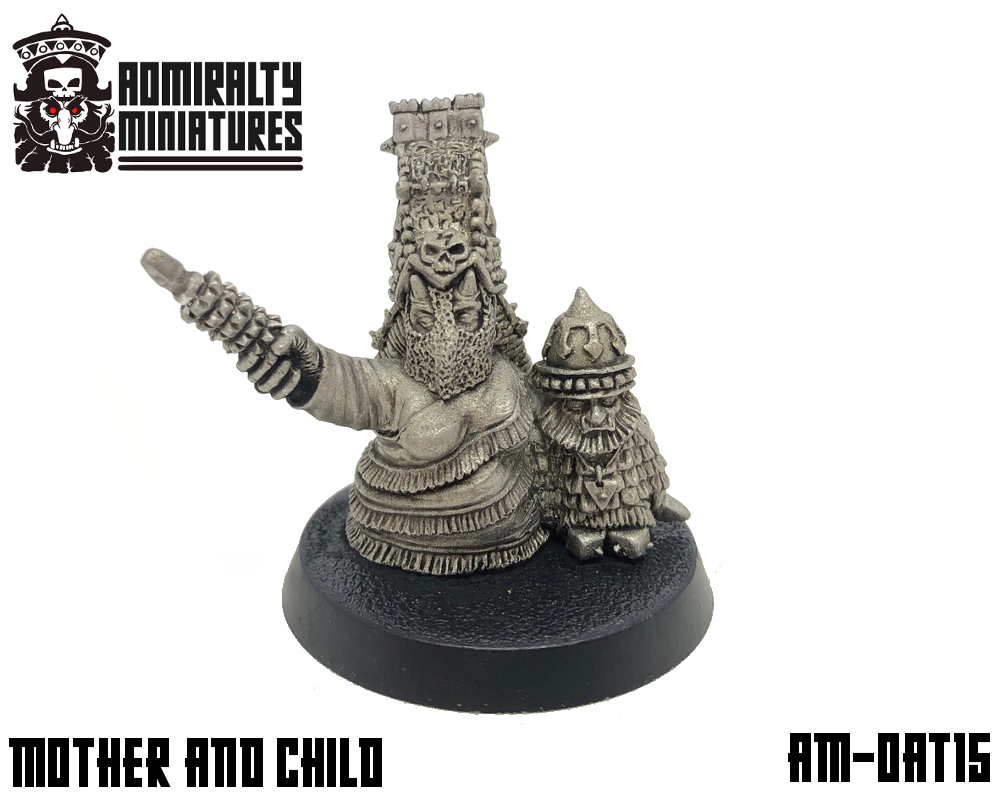 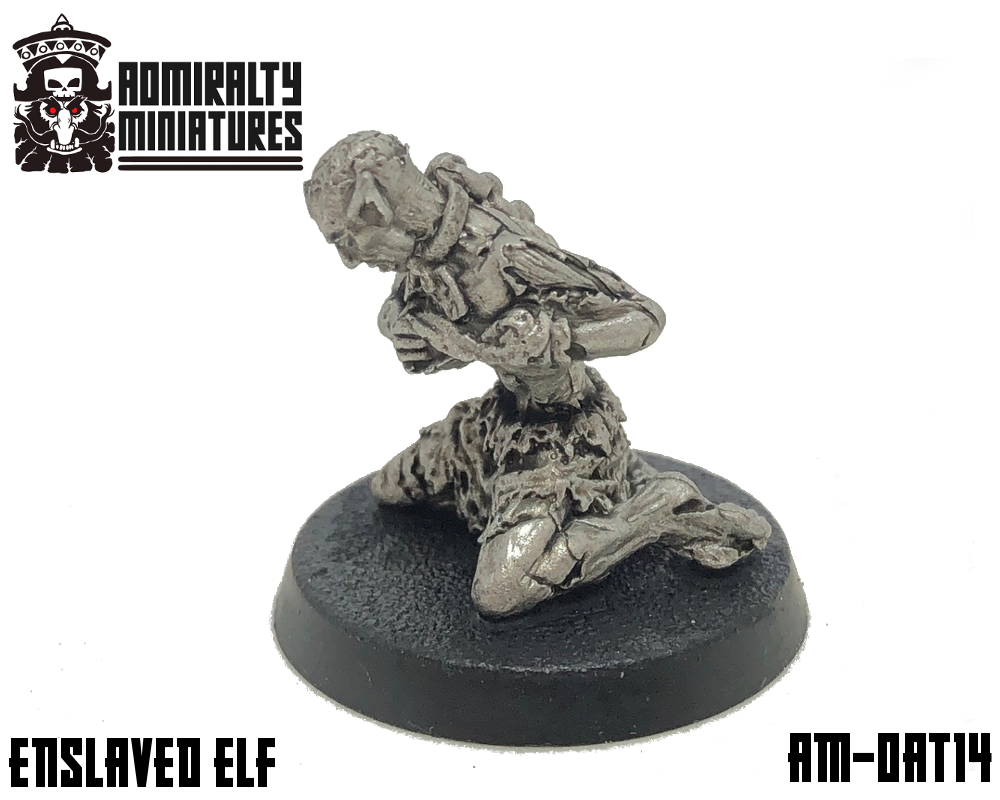 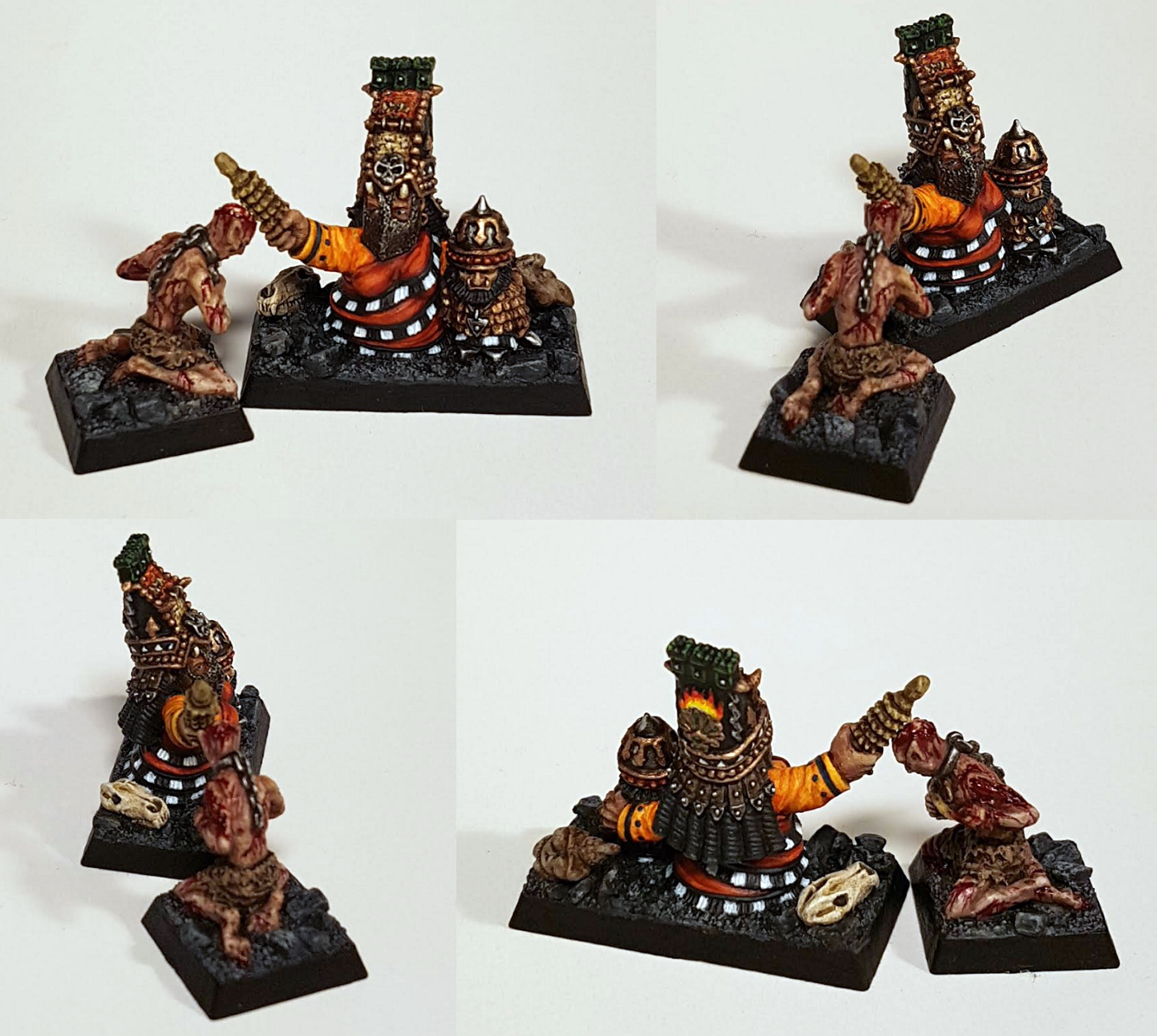 "Father will not approve if you haven't managed to learn how to punish slaves properly by the time he returns, son," chided Zirabanit, daughter of Erkulla daughter of Mupallimat the Fertile. Her firstborn son Kalbuknezhar was all of twain dozen autumns old, and he did not yet ken how to handle the thralls! Respectable clans in Karzhukulti-Neppur would start to talk if this went on for longer.

"Yes, ma," replied Kalbuknezhar son of Azhakur Grimclaw son of Merdak. Mother and child both stood in silence for a while on the docks, clasping hands and staring out across the dark waters at the vanishing smoke columns at the horizon. It was a dangerous life at sea, but her husband Azhakur had managed to survive so far, although not in one piece. His right hand apparently rested in the gut of some giant sea monster, against whom the Admiral had woved revenge.

"Luckily father bought this enslaved Elf for you to practice on, son," said Zirabanit and nodded at the horrible lanky wretch who stood groaning at his knees beside her. "Elves are luxury slaves and cost a fortune when there hasn't been a good catch recently. Do appreciate how much we lavish on your upbringing, son."

She dragged her son around and lifted her rolling pin, symbol of lifegiving, of breadmaking and of mistresship of the household in her husband's absence. She ignored her attendant slave servants and bodyguards out of lifelong habit.

The scalped Elf tried to bandage his stumped arm with one hand. Admiral Azhakur Grimclaw had decided to break the Elven spirit by breaking the Elven body. Zirabanit approved. Such vigour was becoming of her husband's virile strength, and set a good example for their son to follow. But perhaps her child needed some more demonstration to learn how it was done? She raised her rolling pin.

"You hit them firmly on the head like THIS, little Kalbuknezhar!" 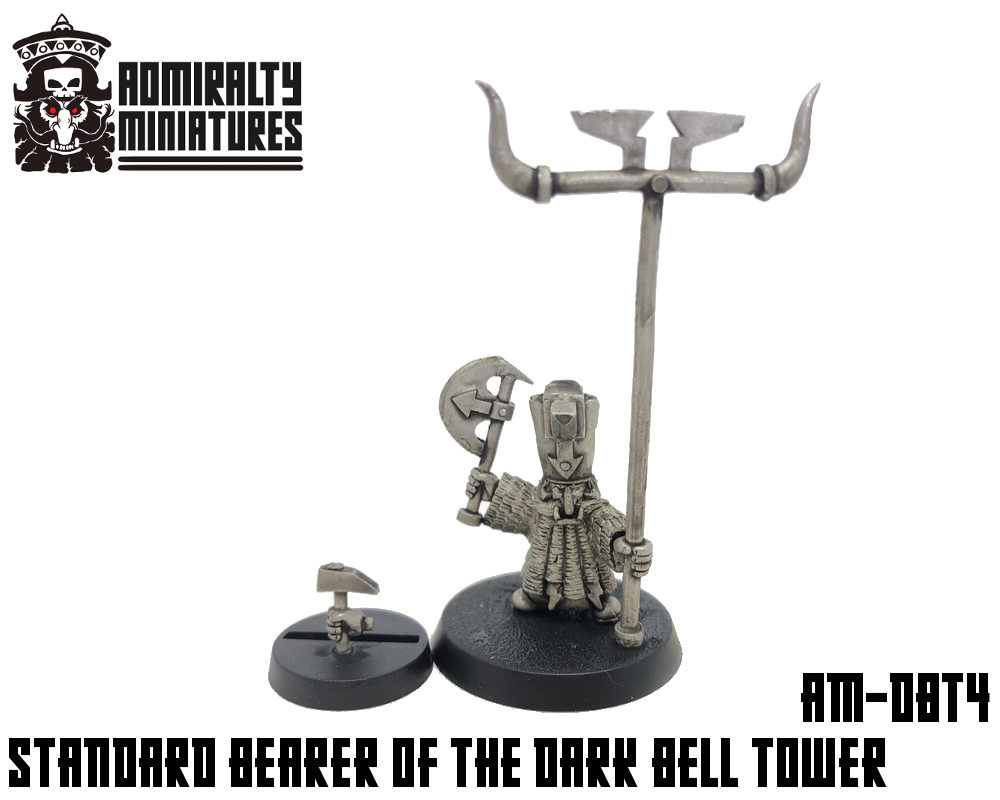 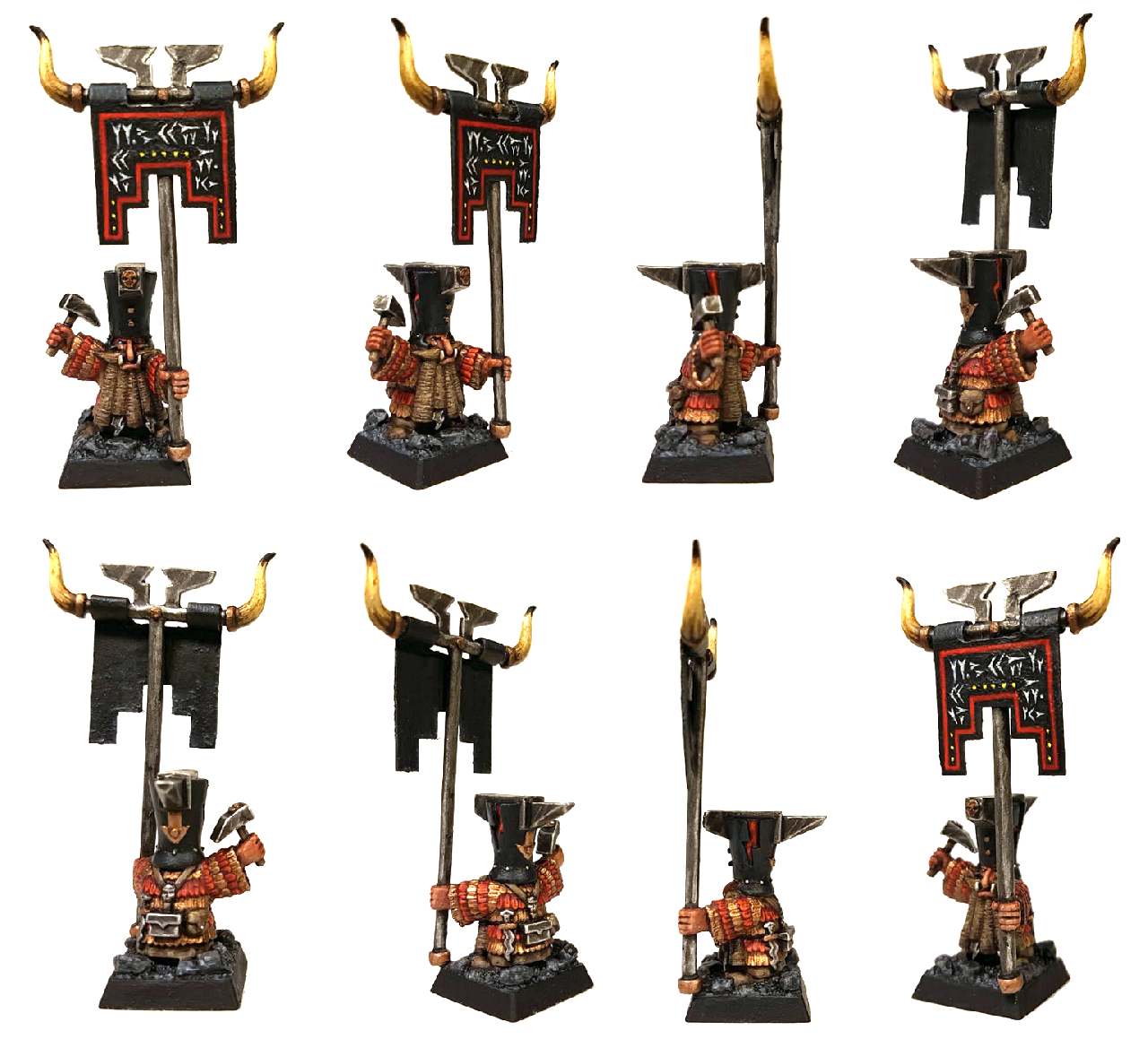 The roar of the enemy army overpowered the thunder of marching feet and cloven hooves in the ears of Turhak-Lunammu, son of Erzhamkar son of Zhargon. Dust billowed all around them, mixing with the smoke of gunpowder and fires to obscure the view. The screeching of the wounded and the sound of gunfire volleys played a tune that rose to a staccato as cohorts opened fire all along the battleline. This devil's music deafened the ears when the next artillery salvo broke loose. It was hell on earth, and it was the most glorious sight he had ever beheld.

The warriors around Turhak-Lunammu formed a shield wall, presenting a front of steel and bronze to the incoming foe. Third and fourth ranks threw their naphtha grenades to break up the hostile charge.

His blood was boiling, pulsating in his ears and raising his spirit high. Standard bearer Turhak-Lunammu found himself hoisting the black script standard of Karzhukulti-Neppur high into the air. He took up a battle chant, into which his fellow soldiers soon joined in. As one creature, they all roared their commander's name:

The enemy warriors hit their shieldwall like a stampede, and slaughter ensued.